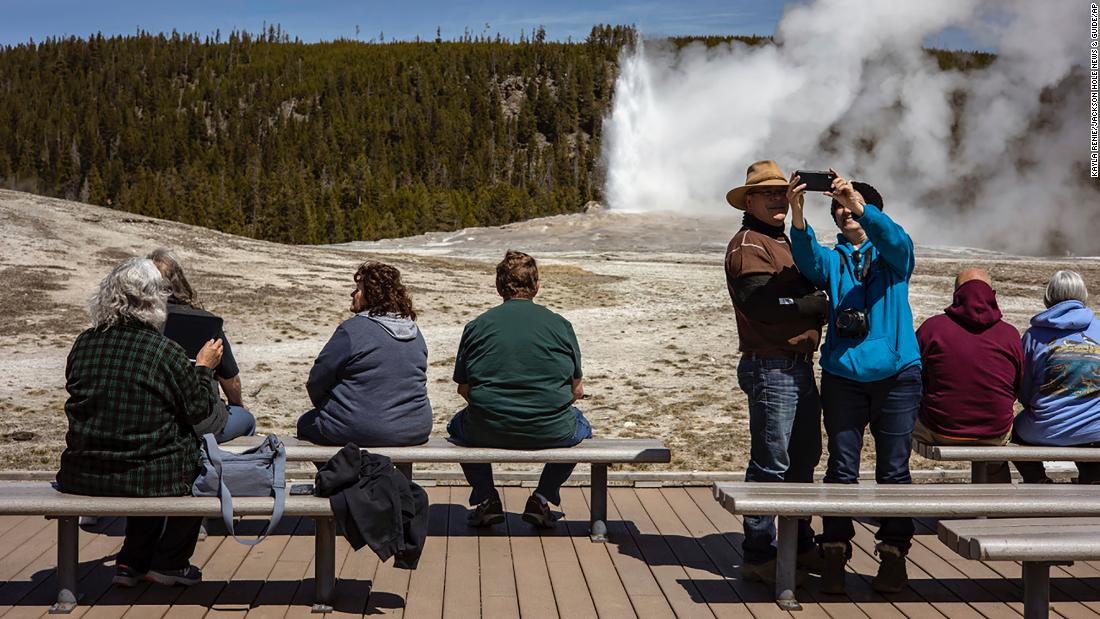 (CNN) — With health experts steering travelers toward outdoor destinations and activities during the pandemic, US national parks have been a natural magnet. More proof of that came in Tuesday.

The park hosted 921,844 recreation visits last month — the equivalent of almost the entire population of Austin, Texas, visiting there. And it was a 4.5% increase compared with August 2020.

Park officials say the previous record for August was set in 2017, when people flocked to Yellowstone to witness that year’s epic solar eclipse.

Through the end of August this year, Yellowstone saw 3,590,904 visits.

That’s on track for a yearly record and a 40% increase over 2020, when the park was affected by pandemic travel restrictions and briefly closed.

An influx of visitors is forcing Arches National Park in Utah to temporarily shut its gates almost daily. And disappointed visitors aren’t the only consequence of overcrowding. The National Park Service is anticipating one of its busiest summers on record, so Arches won’t be the only popular park where crowds could be an issue. CNN’s Lucy Kafanov reports.

This news comes as no surprise to folks who have been part of the huge waves trying to gain entrance to popular national parks all summer.

In fact, Arches still warns potential visitors that “parking lots at trailheads may fill before 9 a.m., causing the park to temporarily restrict access until congestion lessens.” Its website said restricted access can last from three to five hours.

The National Park Service says you shouldn’t count on the crowds thinning out too much for autumn, either.

If you plan to enjoy Yellowstone this fall, the NPS said you should make plans well ahead of time and be ready share the space with other travelers. A few things to keep in mind as you plan a trip to Yellowstone, or other national parks for that matter:

— Most camping and lodging reservations are already taken, and motel spaces could be hours away.

— Also, it’s been a very dry season out West. Stay alert for wildfire news as you plan your trip. Also be a mindful caretaker of your campfires.