Worried About Crowded Planes? Know Where Your Airline Stands 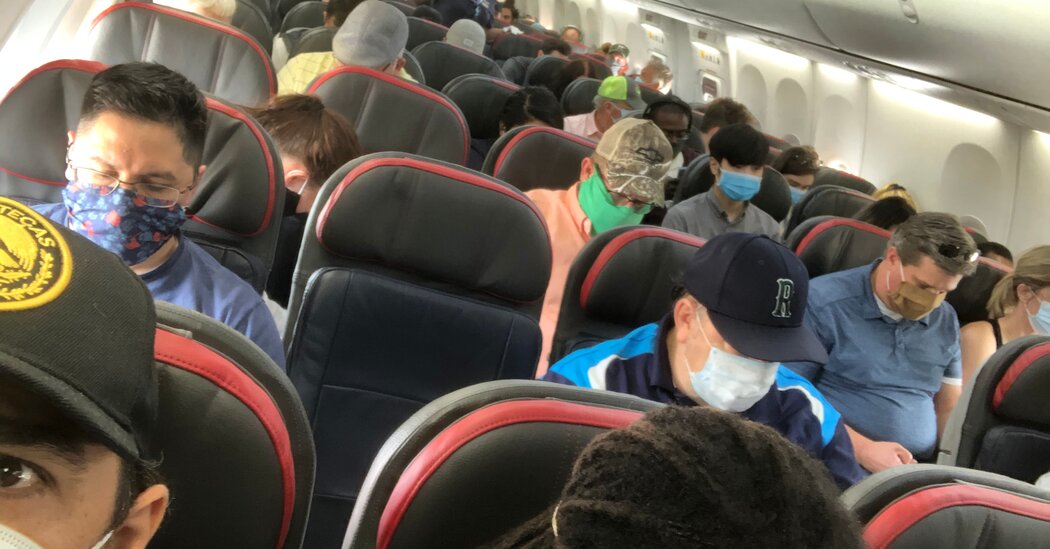 As of mid-July, the average flight only carries about 60 people, flying at an average of about 50 percent capacity, according to the trade group Airlines for America, making it easier for the more generous airlines to guarantee open space.

Rather than blocking seats, American and United are offering rebooking for travelers on crowded flights through pre-flight notifications, though some fliers have complained that changing plans at the last minute is inconvenient. Joy Gonzalez of Seattle, a recent flier on American, said the options she’d been given to change involved long trips “with two or three layovers.”

“We have multiple layers of protection in place for those who fly with us, including required face coverings, enhanced cleaning procedures and a pre-flight Covid-19 symptom checklist — and we’re providing additional flexibility for customers to change their travel plans, as well,” wrote Ross Feinstein, an American spokesman, in an email.

A United spokesman, Charles Hobart, wrote in an email that “the overwhelming majority of our flights continue to depart with multiple empty seats.”

Is it even possible to achieve social distancing in the air?

On airlines that aren’t blocking seats, carriers say they allow passengers, once boarded, to move to an empty seat within their ticketed cabin, even if that seat is a premium seat, assuming there isn’t an issue with balance and weight distribution.

But there have been some incidents on American planes in which passengers complained that they were not allowed to move to premium seats. “They made it very clear that if you are trying to sit in empty seats to socially distance, you are still not permitted to sit in exit row seats because you have to pay for them,” commented John Schmidt, a Times reader, on July 8, about an American flight from Austin to Los Angeles. “This was a public announcement. Is definitely their policy,” he wrote.

On July 10, American said it sent a reminder to its flight attendants that read, “For now, it’s OK for customers to move to different seats in the same cabin.”