Wonder of the Seas to debut in China | News 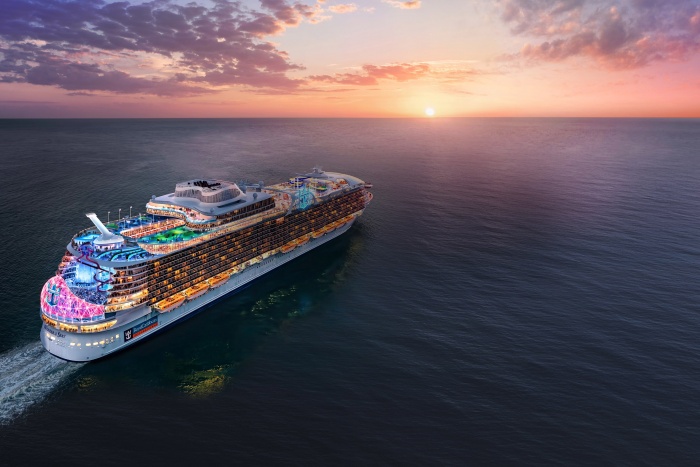 Royal Caribbean has announced that Wonder of the Seas, the next Oasis Class vessel, will set sail from Shanghai and Hong Kong in 2022.

The ship will offer four- and nine-night trips through the Far East to the best of Japan and more.

Currently under construction in Saint-Nazaire, France, Wonder will be the largest cruise ship in the world on debut and the first of its kind to call China home when it arrives in March.

The inaugural season cruises are now open for bookings.

On the horizon for vacationers with their sights on a getaway aboard Wonder are visits to popular destinations in Asia.

Between March and November, guests can sail roundtrip from Shanghai to Japan, where they can immerse themselves in the local sights and sounds.

Wonder will transition to warmer climates and homeport in Hong Kong, November through January 2023, to offer highly anticipated Christmas and New Year’s holiday sailings to several ports of call.

Part of the destination line-up are Chan May, Vietnam; Busan and Jeju, South Korea; Kochi and Okinawa, Japan; and Taipei, China.

“China continues to be one of the most important parts of the world for Royal Caribbean.

“We have won the trust of our partners and the favour of travellers and built on that significantly since we first set sail 12 years ago.

“By introducing Wonder of the Seas and the iconic Oasis Class to China, our strong commitment to the market’s growth is reaffirmed yet again for years to come,” said Michael Bayley, chief executive, Royal Caribbean International.

“It will be a remarkable moment to see years of partnership realized when the industry’s newest, most innovative ship becomes Shanghai’s new city skyline and takes cruise travel beyond imagination.”