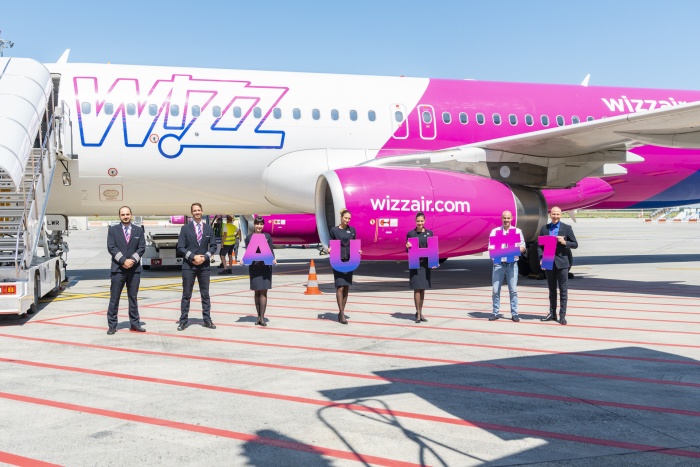 Wizz Air Abu Dhabi will base two brand-new Airbus A321neo aircraft in the emirate and start six next routes from October.

The move is subject to meeting regulatory standards prior to starting operations.

The announcement will add an annual capacity of 350,000 seats to the capital of the United Arab Emirates.

Four additional Airbus A321neo aircraft will be allocated in the first six months of operations.

The route network planned on these aircraft will be announced in due course.

Together with the start of sales, the airline is also launching its Arabic website and Arabic mobile app to allow for its distinguished Arabic speaking passengers to easily search for and book tickets online.

“Our state-of-the-art Airbus A321neo aircraft, as well as our enhanced protective measures will ensure the best possible sanitary conditions for travellers.

“Wizz Air is the lowest cost producer operating the youngest and economically most efficient fleet of aircraft with the lowest environmental footprint.”

The first flights to Abu Dhabi launched earlier this month.

“With the addition of the new airline, the number of destinations and connections passengers are able to access through Abu Dhabi continues to grow, demonstrating our commitment to enhancing our network and placing our customers first.”