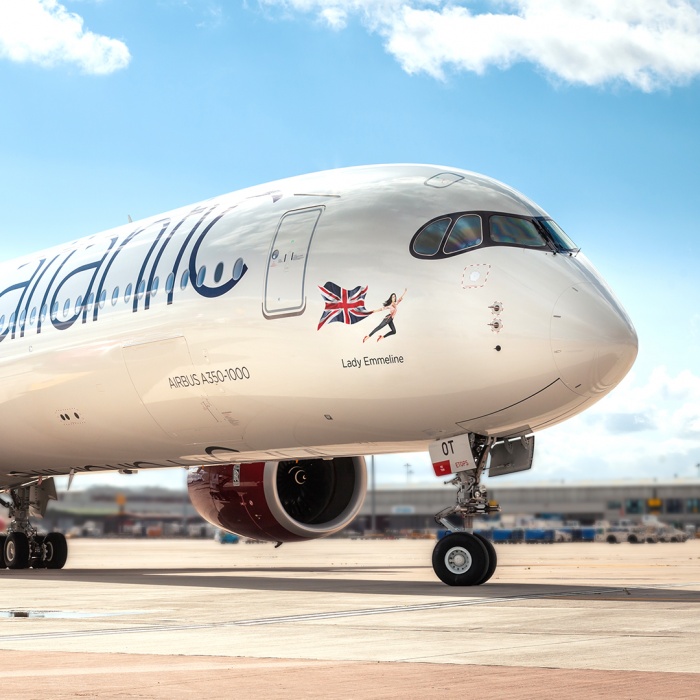 Virgin Atlantic is celebrating two iconic women this International Women’s day, by naming two of its state-of-the-art planes in their honour.

‘Lady Emmeline’ will pay homage to the founder of the Suffragette movement and women’s rights activist, Emmeline Pankhurst.

As the leader of the WSPU, Pankhurst’s political campaigning was instrumental in securing women in the UK the right to vote at the turn of the last century.

All charitable donations received on-board Lady Emmeline will be distributed to a selection of women’s charities, when the plane enters service next year.

Registered as G-VLIB, the Airbus A350, is due to commence flying in April 2022 and will operate on a number of the airline’s leisure routes, whisking holidaymakers to destinations including Orlando, Antigua and Barbados.

A second A350 will named ‘Fearless Lady’ and registered as G-VEVE, in celebration of the mother of the airline’s founder, Richard Branson, after she passed away in January.

Described as “an entrepreneur before the word existed,” Eve led a colourful life which included enlisting in the WRENS during World War II, taking gliding lessons disguised as a boy and working as a pioneering air hostess on the treacherous British South American Airways routes.

More recently, she founded the Eve Branson Foundation, which aims to improve the lives of women and young girls in the Atlas Mountains as well as providing education and health care to those in need.

“Having their names emblazoned on the side of our planes will act as a lasting reminder of their spirit and the determination to drive positive change that both of these exceptional women encompassed.”

She added: “Today, we will also be celebrating our own women in aviation.

“We are focussed on being a fair, diverse, and inclusive employer that attracts the best talent, regardless of gender.

“We’re committed to creating an environment that allows women to thrive in the workplace, by ensuring we have a gender balance in leadership positions, as well as creating a framework for future talent to flourish.”

Recently, the airline updated its famous Flying Ladies which had adorned the side of its planes with Flying Icons.

The new high-flyers include a diverse range of men and women who represent modern Britain and can be seen across the airline’s fleet of Airbus A350s.