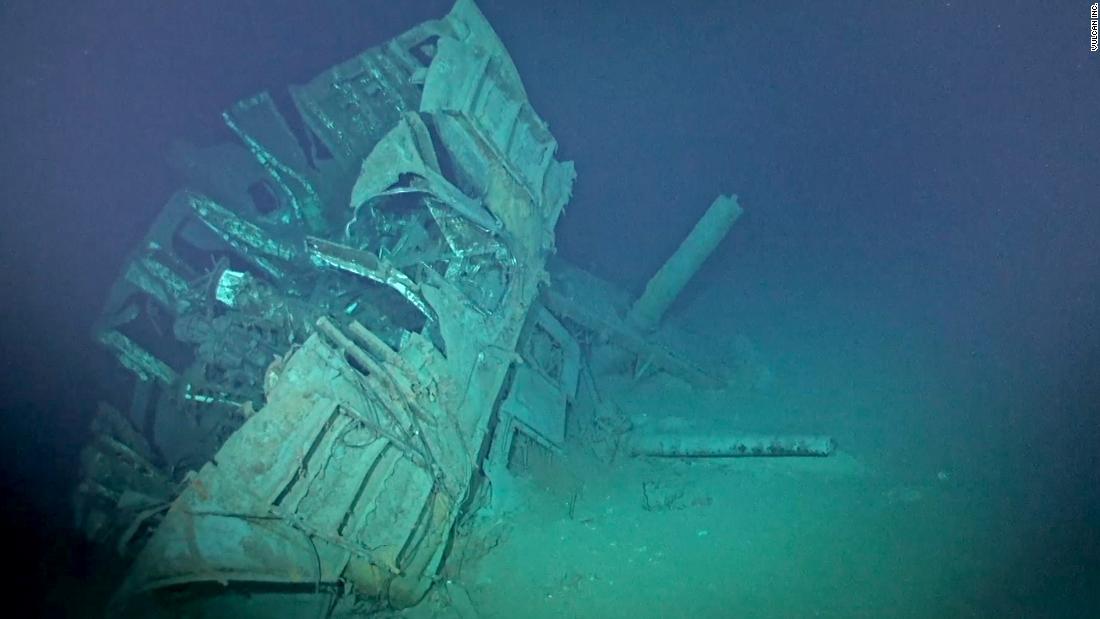 (CNN) — The world’s deepest known shipwreck, a World War II US Navy destroyer, has been fully mapped and filmed by a US-based crew.

The ship, the USS Johnston, is at a depth of 21,180 feet (about 6,500 meters) in the Philippine Sea. Its location has been known, but this is the first time that a crew has been able to map and film the entire wreck site.

Caladan Oceanic, a US-based private company that focuses on ocean expeditions, gets credit for reaching the shipwreck on March 31. Its research vessel, the DSV Limiting Factor, was able to survey the wreck, which was more than 100 feet deeper than previously believed, sitting in the darkness more than four miles below the surface of the Pacific.

From US Navy/Naval History and Heritage Command

Caladan Oceanic’s founder is Victor Vescovo, a former US Navy commander who has a long-established passion for visiting some of the world’s most hard-to-get-to places. He holds the record for being the first person in history to have been to the top of all the world’s continents, both poles, and the bottom of all its oceans.

With the survey of the USS Johnston, Vescovo reached another milestone — completing the deepest shipwreck dive in history. He was at the controls of the Limiting Factor for the whole process, which took place in two eight-hour segments over two days.

Sunk during the Battle off Samar

The USS Johnston was sunk by the Japanese navy on October 25,1944, during the Battle off Samar. It was one of four naval battles which comprised the Battle of Leyte Gulf, one of the largest battles in the history of naval warfare and engagement that sounded the death knell of the Japanese navy in World War II, according to the US Naval History and Heritage Command (NHHC).

Sam Cox, director of the NHHC, said the new images of the wreck of the Johnston help the Navy put the spotlight on the heroism and history of its crew.

The ship was named after Lieutenant John V. Johnston, a Civil War hero.

The Johnston was captained by Cmdr. Ernest Evans, a Native American from Oklahoma. Along with two other US destroyers and four smaller destroyer escorts, Evans led the Johnston in attacking a far superior Japanese force of four battleships, six heavy cruisers, two light cruisers, and 11 destroyers, according to the NHHC account of the battle.

In an initial encounter, fire from the Johnston knocked out a Japanese cruiser, but the US destroyer was heavily damaged and its ammunition depleted. Evans himself was seriously wounded.

Undaunted, Evans regrouped his crew and the Johnston attacked the Japanese ships again, drawing their fire from a nearby US aircraft carrier.

After two-and-a-half hours of fighting, the Johnston was without power and surrounded by Japanese ships. Evans ordered the crew to abandon ship, and it rolled over and sank.

Researchers believe they found the wreckage of the USS Johnston World War II era destroyer at a depth of 20,400 feet under the Philippine Sea.

Two of the three ships that followed the Johnston into the Japanese battle line were also sunk, said Carl Schuster, a former Navy captain and Hawaii Pacific University instructor.

“The discovery of the USS Johnston serves as yet another reminder of the heroism and sacrifice of that day in Leyte Gulf 77 years ago,” he said.

Of the Johnston’s crew of 327 men,186 died, including Evans. He was posthumously awarded the Medal of Honor, the first Native American in the US Navy to be awarded his country’s highest military honor, according to the NHHC.

For Vescovo, being able to reach the USS Johnston was a very personal mission.

“In some ways we have come full circle,” he said in a statement. “The Johnston and our own ship were built in the same shipyard, and both served in the US Navy. As a US Navy officer, I’m proud to have helped bring clarity and closure to the Johnston, its crew, and the families of those who fell there.”