US warns against travel to China over ‘arbitrary’ enforcement of local laws, COVID-19 restrictions 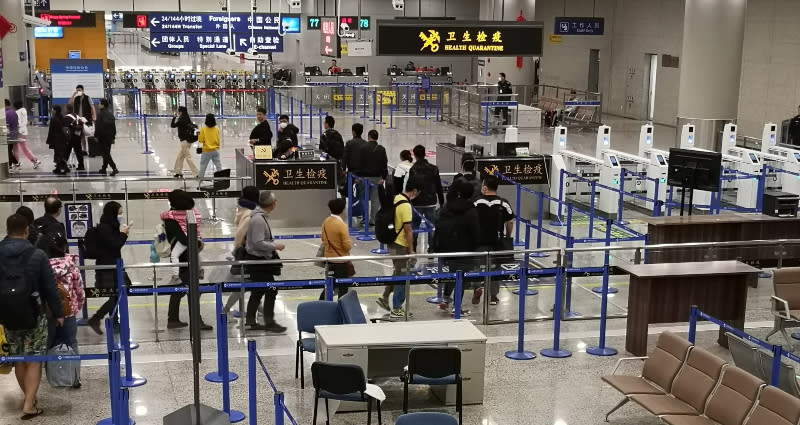 The U.S. State Department has warned against traveling to China as the East Asian country pursues a zero-COVID policy to contain its worst outbreak in two years.

The travel advisory, which was issued on Monday, urged Americans to reconsider trips to certain parts of China due to the government’s “arbitrary enforcement of local laws and COVID-19 restrictions.”

The advisory specifically warned against travel plans to Hong Kong, Shanghai and Jilin Province due to “COVID-19-related restrictions, including the risk of parents and children being separated.”

Additionally, it urged people to reconsider travel to Hong Kong over “arbitrary enforcement of local laws,” which reportedly came after Beijing’s imposition of the National Security Law on June 30, 2020.

In mid-March, China saw its biggest COVID-19 surge in two years. But despite its zero-COVID policy, the country has struggled to contain the latest outbreak.

Shanghai, which was placed on a two-stage lockdown on March 28, reported a record 26,087 cases on Sunday. The lockdown was supposed to end on April 5 but was extended to cover the entire city’s 26 million residents.

In addition to Monday’s advisory, the State Department ordered the departure of non-emergency employees and their family members from the U.S.’ Shanghai Consulate. It cited the “surge in COVID-19 cases and the impact of restrictions related to the PRC’s response” as reasons behind its decision.

“We are strongly dissatisfied with and firmly opposed to the U.S.’ politicizing the issue of personnel departure and using it as a tool,” said Zhao.

“We have made solemn representations with the U.S. side,” he added. “The U.S. should immediately stop attacking China’s anti-epidemic policies, stop politically manipulating the epidemic and stop smearing China.”

The move, however, has also frustrated several Americans currently residing in China.

“Many Americans in Shanghai were dismayed to hear of the previous consulate staff departures given the current situation,” Josef Gregory Mahoney, a professor of politics and international relations at East China Normal University in Shanghai, told Bloomberg.

He added, “This new order will certainly increase the impression that the situation is worsening despite indications to the contrary, or that this is political posturing on behalf of the U.S., or that consulate staff — who are already rather privileged — are unable to stomach the inconveniences that others are required to endure.”

Chinese PhD Student Among Those Killed in Chicago Mass Shooting

‘I Sent It Flying’: Japanese Woman, 82, Fights a Bear in Her Backyard and WINS