Tokyo Disney parks reopen after 4-month closure due to coronavirus 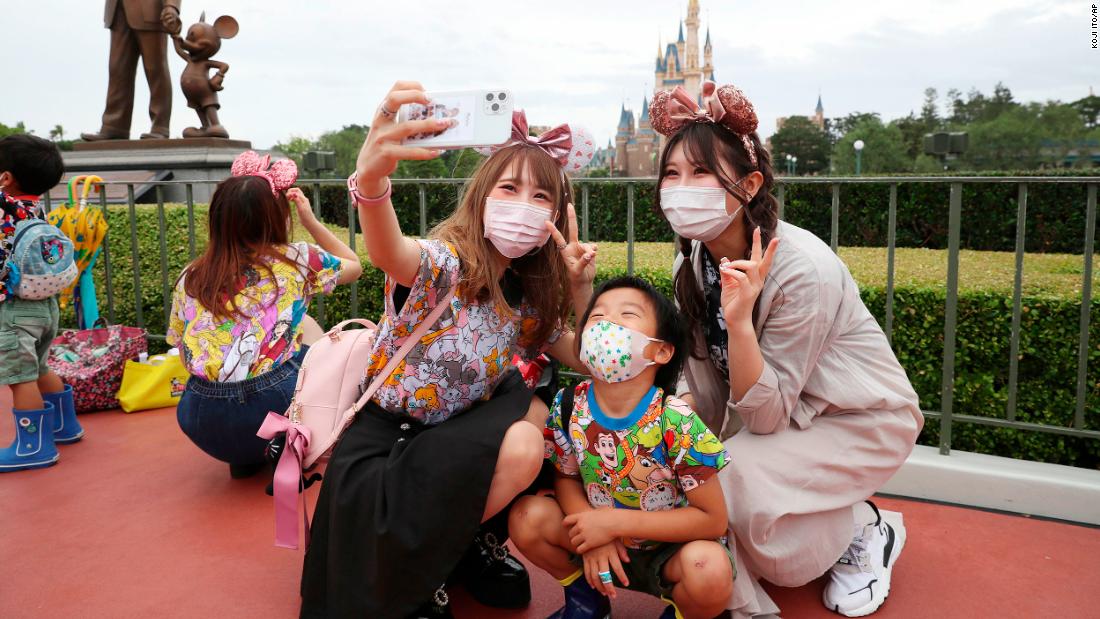 (CNN) — All of Disney’s Asia parks have now officially reopened, with Tokyo Disney Resort welcoming visitors to its two theme parks from July 1.

Both Tokyo Disneyland and Tokyo DisneySea have been closed since late February due to the coronavirus pandemic.

Shanghai Disneyland was the world’s first Disney park to reopen, welcoming guests from May 11 with protocols about social distancing and mandatory mask wearing, and Hong Kong Disneyland followed suit a month later.
Oriental Land, the company that operates the Tokyo Disneyland and DisneySea parks in Japan, has announced its own guidelines for ensuring guest and staff safety going forward. These include advance ticket booking, mandatory temperature checks and social distancing while enjoying the attractions.

Other familiar parts of the Disney experience have changed as well. For instance, Mickey and Minnie Mouse will be riding on floats in the parades, but they will not physically mingle with fans or pose for photos.

Furthermore, the parks will implement enhanced air circulation in indoor facilities and frequent disinfection on equipment and rides.

All visitors will have to reserve ticket slots online, with a maximum of five tickets per order. Oriental Land has not specified the exact number of people they will allow in each day, but it will be less than 50% of the parks’ usual capacity.

Guests wait in a socially-distant line to get into Tokyo Disneyland on opening day.

Originally, Disney had planned to reopen all 12 of its parks around the globe by mid-July 2020.

Disney World in Orlando, Florida had been slated to slowly begin a phased reopening on July 11, but has been receiving pushback from members of the workers’ union who are concerned about guaranteeing safety for the many “cast members” who work at the park as Covid-19 cases continue to escalate in the area.

Some 7,000 people have signed a petition urging Disney to reconsider its reopening plan.
On the other side of the United States, the original reopening date of July 17 for Disneyland and Disney California Adventure was postponed indefinitely when the state of California declined to issue reopening guidelines for theme parks.

“Given the time required for us to bring thousands of cast members back to work and restart our business, we have no choice but to delay the reopening of our theme parks and resort hotels until we receive approval from government officials,” a representative for Disney said in a statement.