The story behind Asian Pacific American Heritage, and why it’s celebrated in May 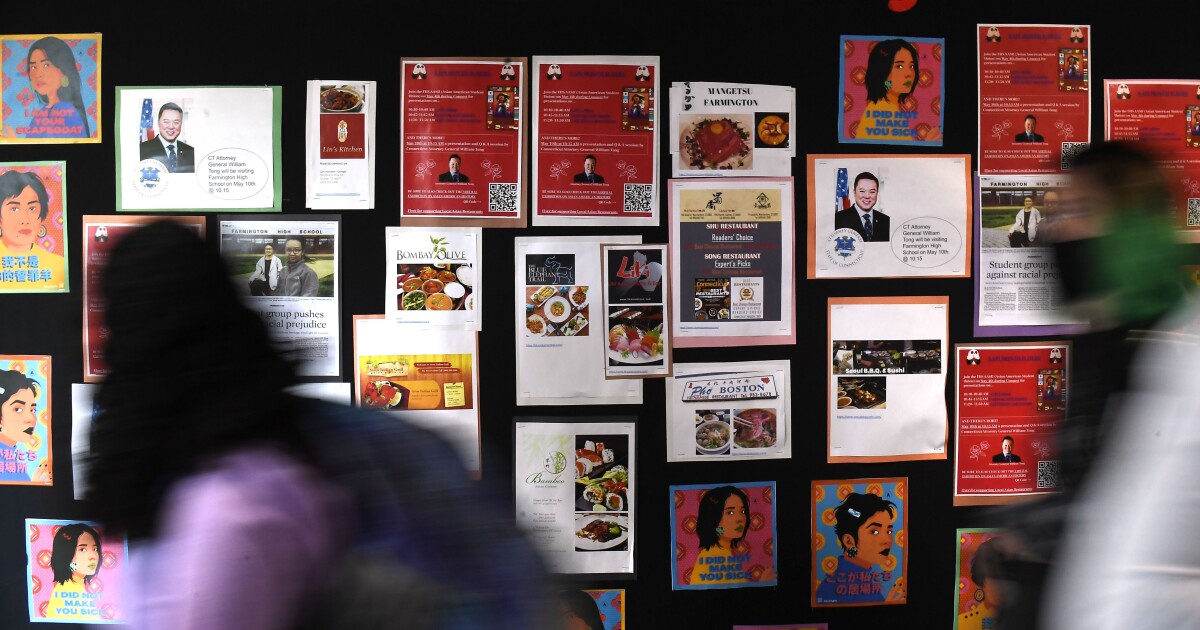 
May marks Asian Pacific American Heritage Month, which celebrates the histories of Americans hailing from across the Asian continent and from the Pacific islands of Melanesia, Micronesia and Polynesia.

This year’s theme, selected by the Federal Asian Pacific American Council, is “Advancing Leaders Through Collaboration,” which builds on a leadership advancement theme series that began last year.

Cynthia Choi, co-executive director of Chinese for Affirmative Action and co-founder of Stop AAPI Hate says the month is a time to speak out, share stories and debunk myths about Asian communities, she said. But it’s not the only time to celebrate Asian culture or diversity.

“Our history is also filled with incredible stories of resilience, of persistence, of determination, to fight for our basic rights,” Choi told NPR. “This is a celebration of our history, of our culture … and all the different ways in which our community has really demonstrated that we’re not only here to stay, we are a part of this fabric — a part of this country.”

Before it was a month, it was a week

The month was the brainchild of Jeanie Jew, a former Capitol Hill staffer, who shared the idea with Rep. Frank Horton, who introduced the legislation that formed it.

Jew’s great grandfather, M.Y. Lee, left China for the United States in the 1800s before he helped build the transcontinental railroad, according to Time. Lee became a prominent businessman in California and later traveled to Oregon. He was killed during a period of unrest and anti-Asian sentiment.

“Mrs. Jew turned a personal tragedy in her family history into a positive force,” Horton later told Congress in 1992.

In the following year, Horton, with cosponsor Rep. Norman Mineta, introduced another related resolution that passed. President Jimmy Carter signed it in October of 1978.

The resolution “authorized and requested” the president to proclaim the 7-day period beginning May 4, 1979 as Asian Pacific American Heritage Week. It also called on Americans, and especially educators, to observe the week with “appropriate ceremonies and activities.”

Congress later passed legislation to extend the observance to a month in 1990. Two years later, Congress passed another public law to annually designate May as Asian Pacific American Heritage Month.

Why May was chosen to commemorate AAPI heritage

The legislation to annually designate May as Asian Pacific American Heritage Month referenced two key dates: May 7 and May 10.

May 7, 1843, marks the arrival of the first Japanese immigrants to the United States. And May 10, 1869, or Golden Spike Day, recognizes the completion of the first transcontinental railroad in the U.S., which had significant contributions from Chinese workers.

The railroad stretched from the West Coast to the East Coast, and 15,000 to 20,000 Chinese immigrants were a major part of its construction, according to History.com. Initially, construction superintendent James Strobridge deemed the immigrants unfit for the job. But the railroad needed workers, and many white people weren’t interested.

The railroad was fundamental to the development of the American West, according to History.com. It cut travel time across the U.S. from months to less than a week.

The Federal Asian Pacific American Council — a nonprofit that supports the interests of Asian Americans, Native Hawaiians and Pacific Islanders in the federal and D.C. governments — selected the theme: Advancing Leaders Through Collaboration.

“When you have diversity at the leadership table, the magnitude of what you can accomplish is enormous,” Fahmida Chhipa, FAPAC’s vice president, told NPR. “You really expand yourself in the horizons to have something creative and innovative.”

And collaboration can lead to innovation, Chhipa adds. The council says this year’s theme “further highlights FAPAC’s efforts in advancing leaders in the Federal and DC governments,” according to a press release.

“We do need to center the experiences of those who’ve been disproportionately impacted,” she told NPR. “And when government not only listens, but implements the recommendations of communities who are closest to those who are being impacted right now, you get better results.”