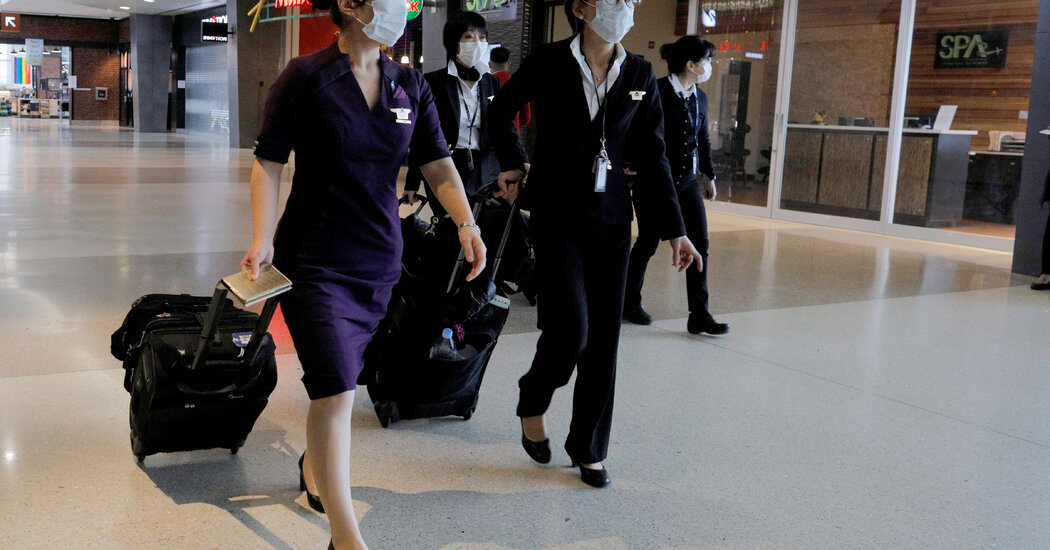 The Transportation Security Administration will once again offer self-defense classes to flight attendants and pilots as the airline industry deals with a surge in cases of unruly passengers and sometimes violent behavior on flights.

The return of the classes comes after the coronavirus pandemic prevented crew members from receiving the training for more than a year.

The Federal Aviation Administration has documented more than 3,000 reports of unruly passengers on flights so far this year. It has initiated investigations into 487 of those cases, more than triple the 146 cases that were investigated in all of 2019.

“With unruly passenger incidents on the rise, T.S.A. remains committed to equip flight crews with another tool to keep our skies safe,” the agency said in a statement.

An agency training video from 2017 shows crew members learning how to physically restrain people and defend themselves, using dummies to practice eye pokes, elbow jabs and kicks to the groin.

The training is designed to help crew members handle tense and violent situations with passengers. Crew members learn how to “identify and deter potential threats, and if needed, apply the self-defense techniques against attackers,” the agency said.

A widely watched video recorded in May showed a woman punching a flight attendant in the face on a Southwest Airlines flight from Sacramento to San Diego. This month, an off-duty flight attendant took control of the public address system and then fought crew members while on a Delta Air Lines flight.

In May, four people faced $70,000 in civil fines for clashing with airline crews over mask requirements and other safety instructions, according to the Federal Aviation Administration.

“We will not tolerate interfering with a flight crew and the performance of their safety duties,” Steve Dickson, the agency’s administrator, said on Twitter.

Darby LaJoye, the president of the Association of Flight Attendants-CWA, said that while crew members hope that self-defense tactics are never needed, “it is critical to everyone’s safety that they be well-prepared to handle situations as they arise.”

After the Sept. 11 attacks, Congress mandated the self-defense training, she said.

“Some airlines complained of the cost, and before the program could be implemented, it was changed to be voluntary training conducted by air marshals,” Ms. LaJoye said.

The training is free for crew members, lasts four hours and is voluntary, the T.S.A. said.

Ms. LaJoye, who has taken the class, said it should be mandatory for all crew members, especially as cases of unruly passengers are on the rise.

“This should send a message to the public as well that these events are serious and flight attendants are there to ensure and direct the safety and security of everyone in the plane,” she said.