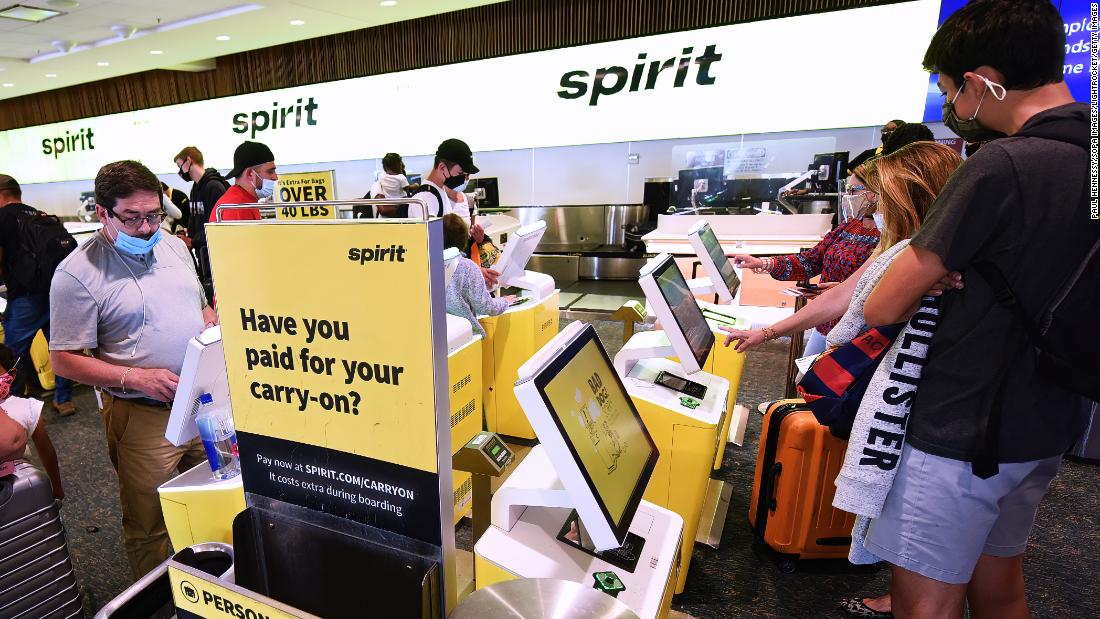 (CNN) — Spirit Airlines is entering a third consecutive day with more than half of its schedule upended.

On Monday, cancellations and delays disrupted 71% of Spirit’s schedule, and Sunday saw 60% of its schedule canceled or delayed, FlightAware said.

The airline told CNN it was proactively canceling flights because of “overlapping operational challenges including weather, system outages and staffing shortages in some areas.”

Pressure on Spirit’s schedule had been building for about a week, a source familiar with the airline’s operations said. Delays, including from multiple thunderstorm systems, had pushed flight crews past the number of hours they may work under federal safety rules.

The scramble to find a new crew for individual flights eventually tapped out the replacement crews’ hours, too.

In the past few days, the issues reached a tipping point, the source said. The airline’s schedulers spent Monday figuring out how to reset the system, rather than deal with day-of turmoil.

The airline said it was “working around the clock” to get back on track.

“The nine-hour weather event resulted in flight delays, cancellations and nearly 100 diversions,” American told CNN. The airline found itself repositioning planes and crews stuck in other cities because of the issues.

Tuesday is typically one of the lighter travel days of the week, but purported customers posting on Spirit’s social media accounts suggested some travelers were waiting to be rescheduled from weekend cancellations.

The number of daily US flights overall is still lower than before the pandemic because business travel and international travel remains at a fraction of what it used to be.

But leisure travel has matched or exceeded pre-pandemic levels on many routes, according to recent earnings reports from the airlines. It’s even caused a fuel shortage at several Western US airports recently.

The disruption come as airlines, especially the low-cost carriers like Spirit, are adapting to a surge of summer vacations after a drop-off in demand last year.

Sunday was the busiest day at the nation’s airports since the pandemic cratered air travel, according to a Transportation Security Administration tally of checkpoint screenings.

Other airlines have canceled flights and asked for employees to work extra shifts to handle the summer rush.

Top image: Travelers check in for a Spirit Airlines flight at Orlando International Airport on the Friday before Memorial Day. (Photo by Paul Hennessy/SOPA Images/LightRocket via Getty Images)