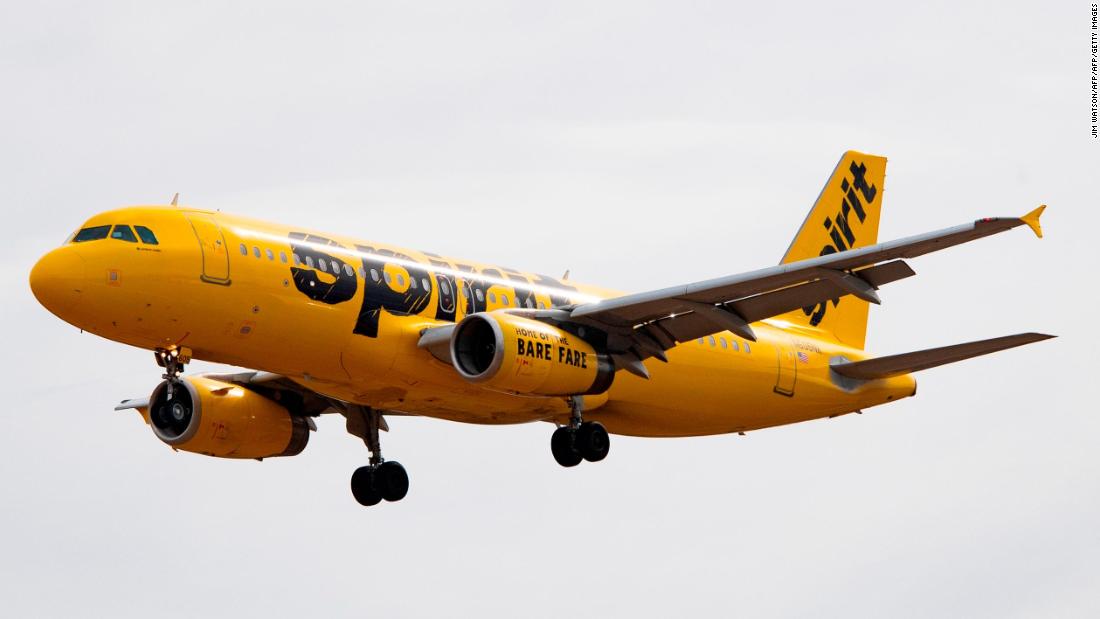 (CNN) — Spirit Airlines — which has been beset by flight disruptions all week — canceled almost 300 flights as midday Friday ET, according to data from FlightAware.

The number of cancellations has been rising during the morning hours and comprise more than one-third of its Friday schedule.

So far, the data shows that Friday cancellations are the lowest the airline has seen since Sunday.

The Florida-based airline said “overlapping operational issues” kicked off a cascade of cancellations for the ultra-low-cost carrier that began Saturday.

Spirit axed 450 flights — or more than half of its schedule — on Thursday.

“We’re continuing with our way forward to fly as much as we can while also make progress on repairing our operation and repositioning our crews,” Spirit head of communications Erik Hofmeyer told CNN in a statement. “We still have work to do, but we are now in the position to see reductions in cancellations in the days to come.”

Even still, Spirit passengers have become stranded at airports at airports across the country — expressing their frustration on social media and vowing to never fly with the carrier again.

Industry analyst Brett Snyder of Cranky Traveler told CNN on Thursday that while issues might damage Spirit’s reputation in the short-term, there will be no long-term business impact.

“Eventually, people will forget if the ticket price is right,” said Snyder.