Setting Sail on the Winding Waterways of California’s Delta 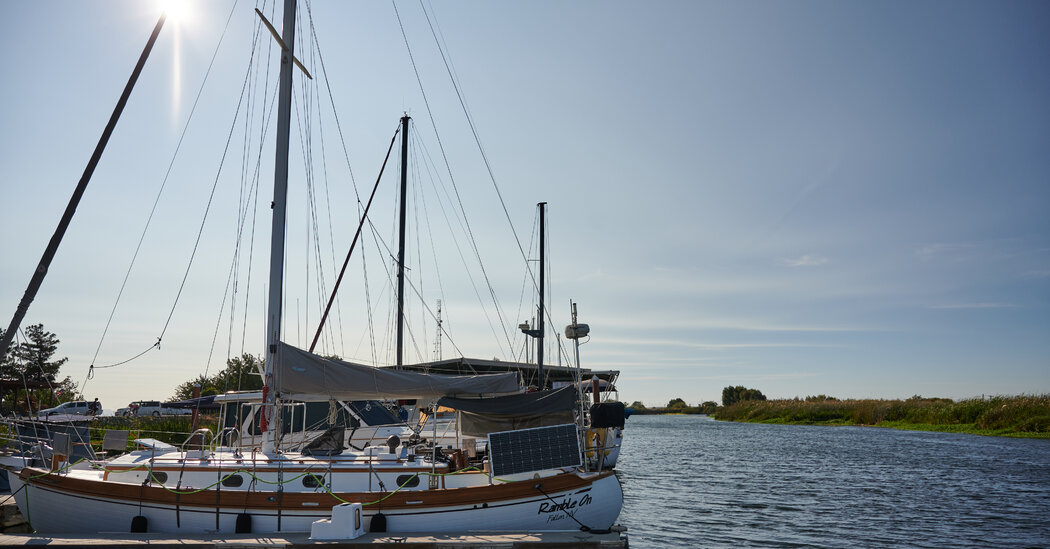 Meredith Robert, general manager of Delta Windsports, a Sherman Island-based company that rents and sells windsurfing and kiteboarding gear, said that business was booming, even in the depths of the pandemic.

“Due to Sherman Island County Park rules, we weren’t able to offer lessons for a while, which was frustrating. It doesn’t really fulfill us to sell 20 $500 boards,” she said. “But we were really busy, which was great.”

Masks were few and far between in the majority of establishments we visited, indoor or outdoor. This felt like an illicit thrill back in May and June; when we returned in July, California’s coronavirus cases were on the rise and it felt more complicated. As we sipped Bloody Marys at Wimpy’s, a fellow patron loudly railed against possible mask mandates as he ordered a scotch and soda in a pint glass. When I spoke to Ms. Walton of Mei Wah in August about her business, she didn’t hesitate to share anti-lockdown, anti-vaccine views (it’s worth nothing that Mei Wah does have an outdoor beer garden).

After the past year and a half of uncertainty, the one guarantee is that things keep changing. So when it comes to the pandemic, to travel and, yes, to the Delta, perhaps the best way forward is to have a continually moving target. Because while it is a singular place in terms of its beauty, character and sheer importance to California’s interests, the Delta is also, like so many things in the West, a bellwether for the choices people have to make, as climate change threats increase in the form of rising sea levels, destructive tropical storms or climbing temperatures. And the Delta, like everywhere in California, is increasingly at risk from devastating fires and terrible air quality.

Dr. Peter Moyle, a professor emeritus at the University of California, Davis’s Department of Wildlife, Fish and Conservation Biology, has been studying the Delta for decades. Dr. Moyle has focused his research on the endangered Delta smelt and other fish of the Suisun Marsh, an area which, he said, “most resembles the original Delta.” He has no doubt that, whatever the path forward, major change is a given.