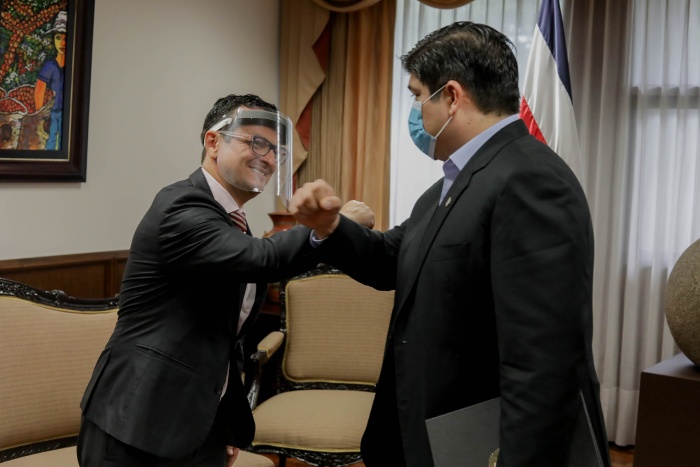 The president of Costa Rica, Carlos Alvarado Quesada, has appointed Gustavo Segura Sancho to the role of minister of tourism.

He will also step up as executive president of the Costa Rica Tourism Board, replacing María Amalia Revelo Raventós as head of the department.

Segura Sancho has a degree in economics from the University of Costa Rica and an MBA in sustainable development from the prestigious INCAE Business School.

His professional career includes extensive experience in both the public and private sectors.

He spent seven years in the hotel industry as well as six years as a member of the board of directors of the Costa Rican Tourism Board, five of them as its vice president.

Due to his experience in sustainable tourism, Segura Sancho was a key player in the implementation of Costa Rica’s Certificate for Sustainable Tourism (CST).

The CST categorises companies based on the degree to which they adhere to sustainable practices – a pioneering programme launched by Costa Rica in 1997 and backed by the World Tourism Organisation (UNWTO).

Three clear areas are the priorities for Segura Sancho as minister: the return of international flights gradually and safely; the implementation of tools to ease the financial

difficulties of tourism companies; and the execution of measures to reactivate the economy.

“It is a great honour to serve Costa Rica as its new tourism minister, a position that comes with even a higher responsibility at this time due to the complex situation caused by Covid-19, a pandemic that has been particularly harmful to the tourism industry.

“It is my wish and task that Costa Rica remains a key global tourism player,” Segura Sancho said.

The now former tourism minister, María Amalia Revelo Raventós, handed over her position to the president last week due to “health reasons”.