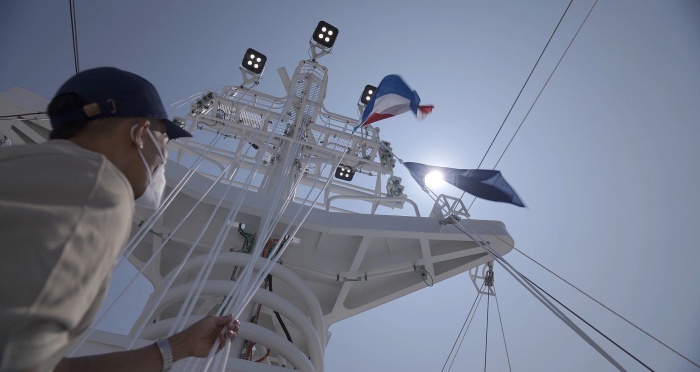 Holland America Line has taken delivery of Rotterdam, officially making it the eleventh ship in the fleet.

“Rotterdam looks stunning and will certainly live up to bearing such an iconic name as the new flagship of our fleet, carrying on a tradition of excellence that our guests have loved for nearly 150 years,” said Antorcha.

“Thank you to our partners at Fincantieri and our own team members who worked tirelessly to deliver the ship on schedule during what has been the most challenging of times, and also deliver a ship that looks beautiful, is immaculately finished and will be an incredible addition to our brand.

“We cannot wait to welcome guests on board later this fall.”

Upon delivery, Rotterdam will remain in non-guest operations until its transatlantic crossing October, from Amsterdam, Netherlands, to Fort Lauderdale, Florida, where it will then begin its maiden season in the Caribbean.

Naming details have not been finalised and will be announced at a later date.

The third vessel in the Pinnacle Class series and the seventh ship to bear the name for Holland America Line, Rotterdam will carry 2,668 guests and feature highly successful amenities and innovations introduced with her sister ships.