Road Trips are Great. Except for the Driving. 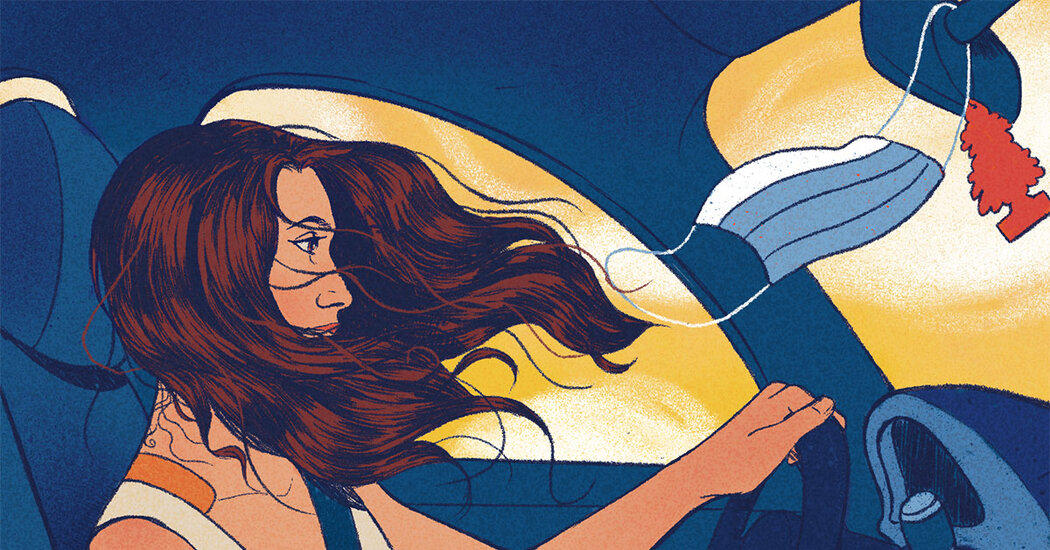 When it was time for Peter and me to hit the road, my left brain did not compute that the first 462 miles would be on toll roads with scenery about as thrilling as a Boca Raton office park. Bathroom breaks were an even greater obstacle. For coffee-lovers, hours in the car means endless pit stops. My preference would have been to skedaddle behind a tree. But even if you did risk pulling over, it turns out that these toll roads are lined with barriers with few tree-shaded nooks. So on the hour, we pulled the car into a rest stop and I donned my mask and gloves, speed-walked into the ladies room, flushed with my foot and sprinted out of the stall holding my breath.

Somewhere in Indiana, I got the brilliant idea to exit the highway in search of an iced latte and more glamorous toilet. This detour ended at Cracker Barrel, which was a nicer option but not worth the 30 minutes we then spent idling at a broken tollbooth. Lesson learned.

After eight hours we made it to Pittsburgh, where I picked up a Toyota 4Runner equipped with an E-Z Pass and not much else. Car rental companies claim an increase in coronavirus cleaning protocols, but my car had what looked like blueberry muffin residue caked to the gears and in the seats. When I pointed this out, the cleaning crew took another pass. I still wiped every surface down with Clorox, encased the driver’s seat with a seat cover (I use these on planes, too), and placed a towel on the passenger seat. I didn’t notice the dank Marlboro scent or broken Bluetooth system until I had driven away.

This was not part of the plan. Even when I plugged my phone into the car and pressed “go” on the maps app, no audio could be heard from the car speakers. Would I have to drive the next 246 miles, without voice-guided navigation? That would not be good for me. I could, however, access Siri’s dulcet-toned directions when the phone was not plugged in. So, I’d drive with the phone on speaker and deal with a drained battery every 80 minutes or so. To preserve power, I’d need to swap my classic rock playlists for local radio. Another crack in my fantasy.

However, this first leg of solo driving wasn’t bad, save the music situation and the undercurrent of anxiety I felt each time I had to use the bathroom or fuel up. I was off the dull, never-changing Midwestern roads. Pennsylvania rest stops were shaded and pleasant. Each hour, I whipped out my elastic workout band to stretch. In four hours, I was at my sister’s house, and the next few days were spent hiking, cooking and singing karaoke to 1980s songs.

Next up: the Connecticut town of Sharon. Google Maps had the 321-mile leg at five-and-a-half hours, which I rounded down to five hours (I tend to speed). When I hoisted myself into the driver’s seat, I practically retched. The humidity had intensified the car’s rank smell and despite the burning heat, I had to roll down all of the windows. Thankfully, a decent rock station helped me deal with an hour’s worth of traffic as I left Washington, but then MapQuest directed me to change highways in what felt like every few miles. Through Maryland, Delaware, New Jersey and New York the ride required hyper-attentiveness, something I had in short supply since my sister’s smoke detector had gone off at 2 a.m.

After two hours, even with Salonpas pain patches affixed to my shoulders, I felt the telltale spasm at my scapula. It would inevitably explode into migraine-like waves of pain radiating from my neck to my tailbone. When it did, I had to pull over.