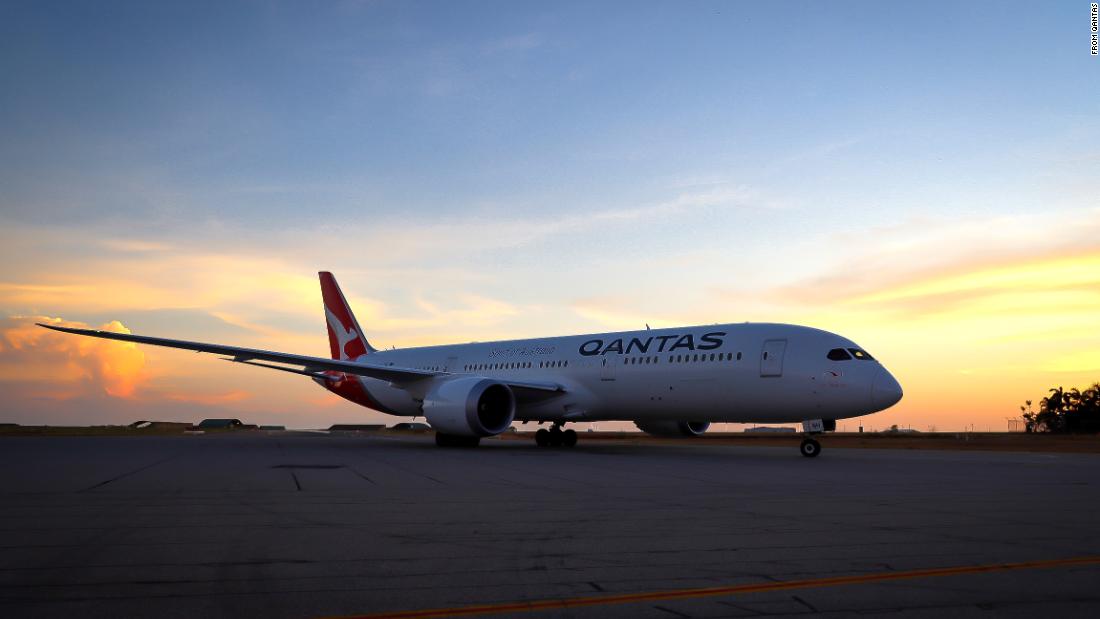 (CNN) — Australian airline Qantas has set a company record by flying a one-off direct flight from Buenos Aires to the city of Darwin in Australia’s Northern Territory.

The flight repatriated 107 Australians and set two Qantas records in the process: longest distance covered (15,020 km or 9,333 miles) and longest time in the air for a commercial flight (17 hours and 25 minutes). Before the pandemic, Qantas’ longest direct passenger flight connected London and Perth, which came in at a “mere” 14,498 km (9,009 miles) and 16 hours and 45 minutes.

“Qantas has always stepped up to a challenge, especially when it comes to long-haul travel, and this flight is an excellent example of the capabilities and attention to detail of our flight planning team,” Captain Alex Passerini, one of the four pilots who helmed the aircraft, said in a statement.

He notes one more additional achievement: “There were some truly spectacular views as we tracked across Antarctica.”

The flight from the capital of Argentina to the Northern Territory of Australia is not the only one to set a record because of the coronavirus pandemic.

People on board QF14 were able to experience scenic views of Antarctica.

Normally, that route goes over the US and includes a stopover in Los Angeles. Because US aviation regulations require travelers transiting via the country to go through American customs, the strict coronavirus protocols meant that it was too much hassle for the plane to stop.

Instead, Air Tahiti Nui opted to have the flight push straight through, clocking in at about 16 hours in the sky.

However, aviation geeks who might want to take part in the flight themselves will likely be out of luck. A representative for Air Tahiti Nui told CNN that the direct route “was operated on an exceptional basis.”

Before this week’s achievement, Qantas’ special “Project Sunrise” flight traveled between London and Sydney, a total of 11,060 miles and 19 hours and 19 minutes.

The flight wasn’t listed as a typical fare, though — it was a special experiment designed to see how humans might physically cope with spending such a long amount of time in the sky.

A crew of “guinea pigs,” including scientists and pilots, took part in the project. But since there were no paying passengers on board, the Project Sunrise trip was ineligible for the “longest flight” record.