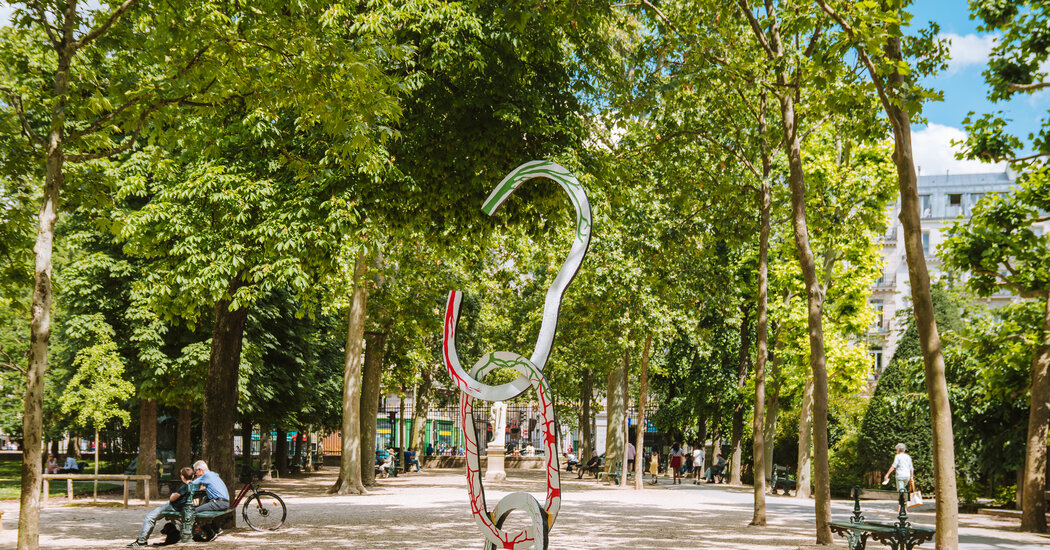 As the second-most visited city in the world (that is, prepandemic), Paris has always meant brisk business when it comes to guided tours and excursions for travelers. From historical walks and cooking classes to outings that grant exclusive access to artists’ workshops, museum archives and private mansions, there are activities for almost any interest.

But as visitors trickle back into the city after a heavy year, one that was not only shaped by the pandemic but also by a global reckoning on race, social justice and women’s issues, the tours and experiences offered by a growing number of small companies that emphasize seldom-told stories about local life and history are taking on new resonance.

“I’m trying to update the city’s narrative by explicitly recognizing women’s impact,” said Heidi Evans about her walking-tour company, Women of Paris. Ms. Evans started Women of Paris, dedicated to women’s history and rights, after feeling disheartened by the narrative she was expected to share leading historical walks for other companies.

“The storytelling on many introductory tours tends to emphasize the ‘great’, ‘valiant’ men that shaped the city while framing women as ‘rebellious’ secondary influences. The story wasn’t right,” said Ms. Evans, who added that demand for her tours increased considerably after the #MeToo movement emerged. Resuming in late summer, her thematic walks (from $27 per person and offered multiple times a week) will cover Paris past and present, highlighting the contributions from Marie Curie and Geneviève, the city’s patron saint, to local leaders like Mayor Anne Hidalgo and Simone Veil, the former health minister and advocate for women’s rights. The walks, lasting two to three hours, take visitors through the city’s theater district as well as various pockets of the Left Bank.

Similarly focused on women is Delectabulles, a tour company that organizes tasting workshops in town ($100 per person) and excursions from Paris to the Champagne province ($1,670 for a day tour for six guests). The events aim to teach the foundations of Champagne and sparkling wine production, and offer opportunities to tour-goers on how to discern favorite bottles, free from any possible judgment.

“I learned from female winemaker friends that men and women simply don’t behave the same way during tastings, and women often feel uncomfortable sharing their impressions,” said Cynthia Coutu, the Delectabulles founder and a certified wine expert, who ran virtual tours throughout the pandemic and has restarted in-person experiences again. “I want them to gain confidence and have the tools to buy what they like when they return home — and, of course, learn about the women who shaped and shape the industry today.”

The importance of feeling at ease and represented while traveling was part of what inspired Bryan Pirolli to start The Gay Locals. His company aims to make history more inclusive by concentrating on the many L.G.B.T.Q. individuals who have contributed to Paris, while also creating a safe, welcoming environment for visitors. “When I was leading group tours for other companies, I felt like no one was able to speak openly to L.G.B.T.Q. needs. I didn’t want to have to out myself as a guide nor did clients interested in L.G.B.T.Q. life feel comfortable speaking up,” he said.

As a result, whether it’s through cultural or nightlife tours ($166 to $335, with group and private options), custom itineraries or even organizing marriage proposal events, Mr. Pirolli tries to put the specific traveler’s needs first. “We talk about everything openly and I think it brings visitors much closer to the city.” His company has restarted offering tours and events.

Such specialized experiences are as much about discovering Paris as a destination as it is about travelers getting to see themselves reflected in a story. For Jacqueline Ngo Mpii, the founder of the cultural agency Little Africa, offering walks that explore African culture through food, fashion and crafts, is a form of education that builds understanding and strong ties. “The city has been a connector in the African diaspora for more than 100 years and yet travelers know very little about that history,” she said.

On her signature tour ($72 per person, 1.5 to 2 hours), which will be offered again in the late summer, Ms. Ngo Mpii introduces clients to the artisans and designers shaping the Goutte d’Or, a multiethnic neighborhood that has been home to a vibrant North and West African community since the end of World War II. “Most of these Afro-Parisian businesses don’t benefit from tourism dollars, so these tours are a great way to help support the local economy,” Ms. Ngo Mpii said. .

If these companies are taking off now after several years in operation, it’s because it’s the right time, said Kévi Donat, the founder of Le Paris Noir, a tour company focused on storytelling around the Black experience in Paris.

“People are questioning, discussing and contemplating identity, and looking to see how their community lives in other parts of the world,” he said. When the Black Lives Matter movement reverberated strongly through France last summer, it amplified local discussions about the country’s own struggles to address its colonial past, ongoing racial discrimination and the need for greater representation. As a result, Mr. Donat spent much of last fall running virtual tours for international companies, universities and organizations such as Google, the University of Southern California and the Alliançe Française of New York.

Now that travel is picking up, Mr. Donat is back to running a series of walks (from $220 for four) through the Left Bank and the northern neighborhoods of Paris to chronicle the city’s connection to Africa, the Caribbean and the United States, covering critical themes from colonization and immigration to the literary, political and artistic figures that have influenced the course of French history. “In an ideal world, state institutions would already be telling these stories properly,” Mr. Donat said. “But tours like mine will continue to exist because we can’t wait for them to catch up.”