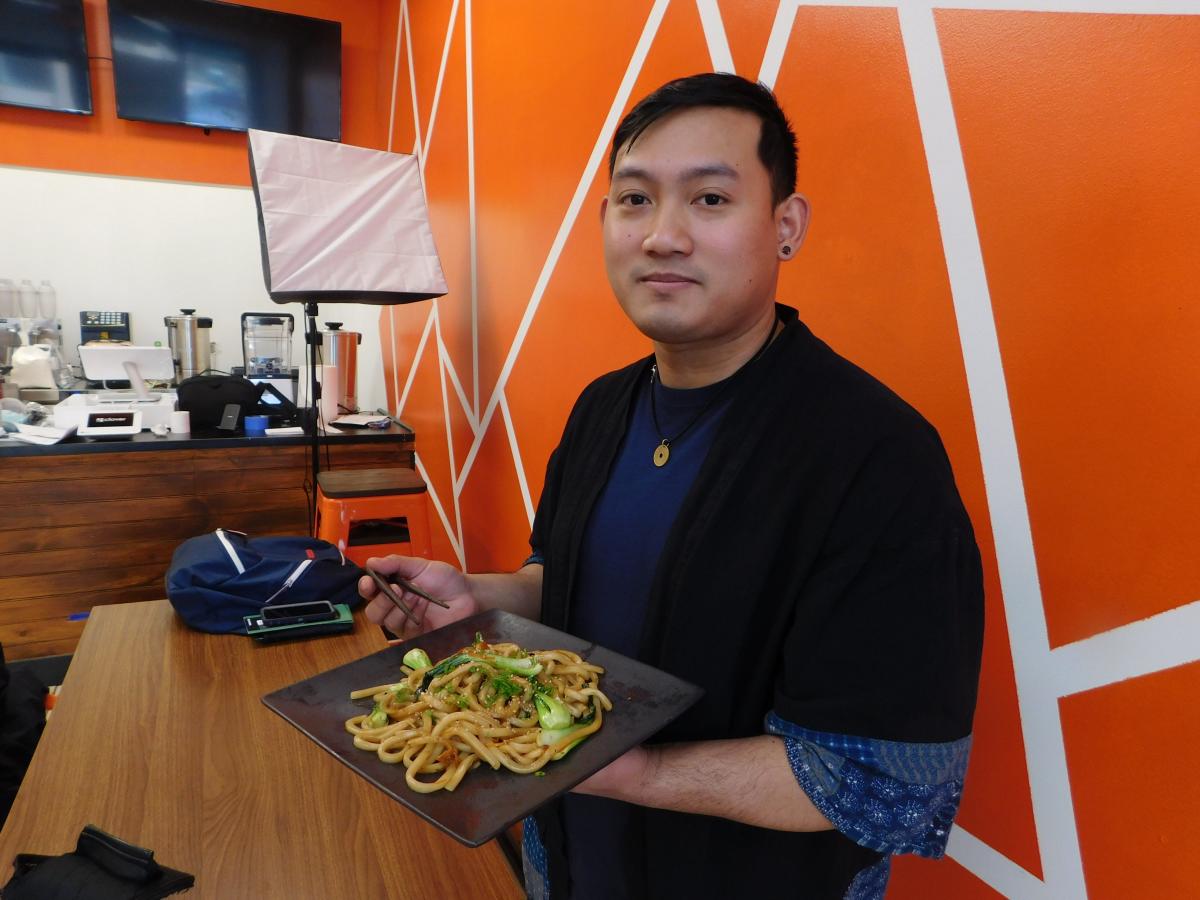 
Pyait Kyaw still remembers the first meal he had when he arrived in the United States at 7 years old as a Burmese refugee: A Japanese beef and rice bowl called gyudon.

Kyaw is going to serve the same dish at his new Asian fusion restaurant — called Nanabi Cafe. The restaurant opened its doors Monday, April 11, at 106 Bleecker St. in Utica.

Kyaw said he wants to offer something different from the traditional Asian restaurants where you sit down and wait for your food, he said. It will have comfort Japanese, Korean and Asian fusion food with a “modern twist” inspired by popular dishes combined with Asian street food.

The menu consists of mostly takeout bento boxes, which are traditional Japanese boxed meals. These have a main dish, an appetizer and side dishes. People can choose rice bowls, Korean buns, takoyaki or octopus dumplings, miso soup, aji fry or fried fish, sweet potato fries and fried rice among others. The restaurant also has different sauces made in-house.

Coffee shops: Here’s how two friends are bringing coffee and art together in one Rome location

Top Utica restaurants: Here are the best restaurants in Utica according to Yelp. Did your favorite make the list?

Kyaw grew up in New York City and Utica, where he attended Thomas R. Proctor High School. Unable to find modern Asian food in Central New York, Kyaw said he wants to bring a modern restaurant with a city vibe to Utica.

“Utica is growing with the hospital, the university now, I see a lot of people, kids,” Kyaw said. “I want to give them something fun and trendy, you know, something for people to stop by.”

Kyaw never planned to dedicate his life to food, but it all changed once he started taking care of his father and working at local restaurants such as Lotus Garden and Dragon Cafe in Utica. That’s where his passion for food grew, asking questions and practicing at home, he said.

Kyaw also worked at a friend’s restaurant in Syracuse and until recently, as a sushi chef at Sushi Sushi restaurant at Turning Stone, a job he quit to pursue his dream of opening his own restaurant.

“I just saw the potential, I saw the chance and, you know, I’m going to take it,” Kyaw said. “I’m going to use my time to invest and even if I fail, I’ll know that maybe I’ll have a chance of success.”

A passion for Japanese culture

Nanabi, which means seven tails in Japanese, is the name of the restaurant, which symbolizes the seven partners involved in the business.

In fact, Japanese and Asian cultures are present not only in the restaurant but also in his life. Kyaw traveled to Japan, Thailand, Burma and explored the countries’ food and culture to grow as a chef, he said.

“If you want to be a chef, you have to travel, you have to eat and get out of your comfort zone,” Kyaw said. “That’s the difference between a cook and a chef, a cook follows rules and a chef creates.”

A refugee himself, Kyaw said he recognizes the struggles they face. That’s why, he said, he wants to give back to the community and offer employment opportunities for refugees and local people.

“Utica is built from refugees … this whole place is built on it,” Kyaw said. “That’s why we have to strive for the best.”

Maria M. Silva covers food, drink and culture in the Mohawk Valley for the Observer-Dispatch. Email her at [email protected]