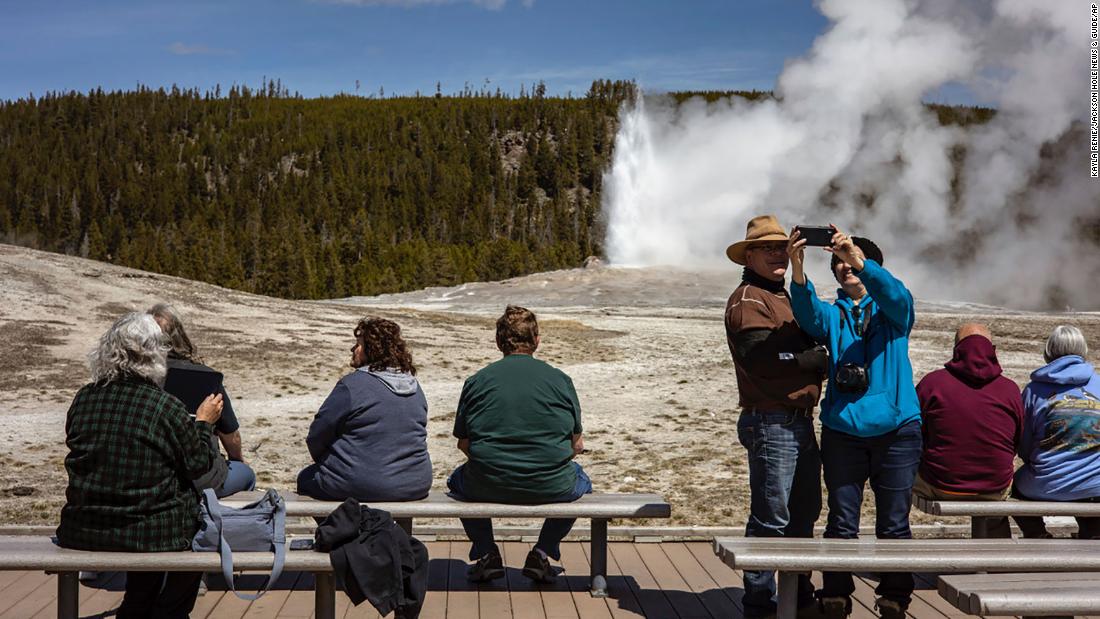 Last month, Yellowstone National Park saw the most visitors it has ever recorded for the month of May — with more than 483,100 people stopping by, according to a Friday news release from the park.

That’s roughly an 11% increase from May 2019, the park said. Last year, the national park was closed for more than half of May, and reopened only two of its five entrances for the rest of the month.

Grand Teton National Park, in Wyoming, also set a staggering May record, with more than 363,700 visitors.

That’s roughly 30% up from May 2019 numbers — and also a park visitation record for that month.

And while numbers are already high, both parks say they’re expecting millions more visitors over the summer.

“Summer is Yellowstone’s busiest season,” the Yellowstone National Park said. “Millions of people visit the park in June, July and August. If you plan to travel to Yellowstone this summer, plan ahead, expect crowding, recreate responsibly and take the Yellowstone Pledge to protect yourself and the park.”

Grand Teton National Park officials said July and August have historically been the busiest months of the year, although the spring and fall seasons have also recently seen an uptick.

“Anyone visiting the park is highly encouraged to plan ahead, recreate responsibly and help ensure this iconic landscape may be enjoyed by future generations,” the park said.

National parks across the country saw a 28% decrease in visitors in 2020 compared to the year before, largely due to temporary closures and other pandemic-restrictions, according to the National Park Service. About 66 out of the 423 parks in the National Park System were fully closed for at least two months, the service said in a news release earlier this year.