Mexico travel and coronavirus: Things to know about airports, hotels, resorts and beaches 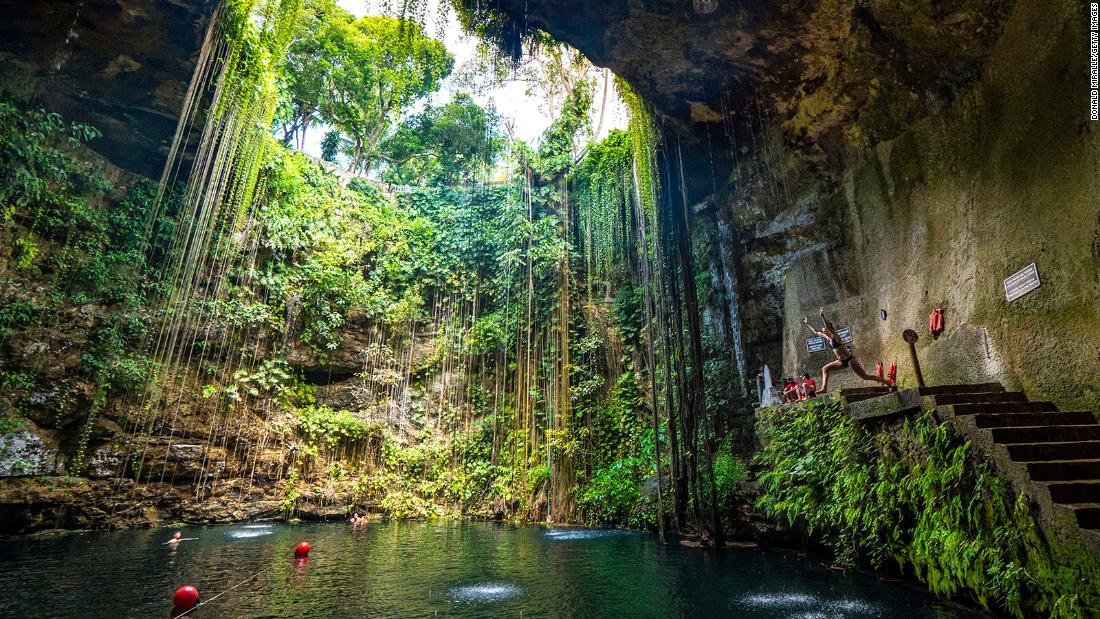 (CNN) — Mexico, one of the top ten countries in the world for tourism according to the World Travel & Tourism Council (WTTC), has reopened its doors to travelers — despite an uptick in coronavirus deaths.

According CNN’s Matt Rivers, reporting from outside Mexico City, “Mexico’s death toll has more than doubled in just the last three weeks. A model from MIT predicts it could pass 50,000 by early August.” Mexico City began a gradual reopening on June 29, as 4,050 new cases were reported June 28.

The paradox is stark: Visiting recently-reopened Mexico tourist destinations, despite being vital to stimulate the country’s struggling economy, remains a risky choice for both locals and visitors.

Similar to other nations globally, Mexico had been on lockdown due to Covid-19, forcing hotels and restaurants to temporarily close their doors and putting pre-booked tours on hold, such as cenotes snorkeling trips, Mexico City food tours and excursions to Mayan ruins.

“The plan for the country is to open in stages and by regions,” says World Travel & Tourism Council (WTTC) CEO Gloria Guevara. “The target is domestic travelers first, followed by travelers from the US and Canada and then the rest of the world.”

Delta will increase nonstop service to Mexico City and Cancun in June, 2020.

There is still a Global Health Advisory (Level 4: Do Not Travel) in place, advising all US citizens not to travel internationally due to the coronavirus. And most international flights into and out of Mexico’s major airports have been reduced.
In a May press release, however, Delta Air Lines announced that it would be increasing its flights to Mexico in the coming months, “While the June schedule was significantly reduced in comparison to last year, customers will see the return of several major routes, both US domestic and international, which were previously suspended due to the Covid-19 pandemic.”

There are daily flights from Atlanta to Cancun and Mexico City, and less frequent flights to those destinations originating from Detroit and Salt Lake City. Flights originating from Los Angeles will transport passengers to Los Cabos and Puerta Vallarta and a less-than-daily schedule.

An empty beach in Mahahual, Quintana Roo, Mexico, may soon be filled with social distanced beachgoers.

Tourist hotspot, Quintana Roo, a state on the Caribbean side of Mexico, is home to mainstay beach vacation spots such as Cancun, Playa del Carmen and Tulum. Quintan Roo have reopened.

Quintana Roo is especially significant to the country’s tourism economy, with 110,000 hotel rooms — the highest in Mexico — and 22.8 million visitors in 2019, also the highest in the nation.

Marisol Vanegas, the state’s tourism secretary, said that, as of May 18, Quintana Roo began implementing new health and safety standards for any sector related to tourism including hotels, restaurants, bars and tour companies. Every business must receive a certification indicating that it has met these standards before reopening.

And according to the WTTC website, Carlos Joaquín, Governor of Quintana Roo, said: “Cancun and the Mexican Caribbean have implemented the new safety measures for travellers that WTTC has recognised and approved through the Safe Travels stamp.”

On the Pacific side, at the southernmost tip of Baha California Sur, Los Cabos offers 18,000 hotel rooms, and in 2019, hosted 3 million visitors. Los Cabos also hopes to revive tourism as of June with a five-phase plan: initially, the region will focus on implementing health and safety guidelines across its travel industry. Most notably, travel suppliers that meet high hygiene standards will receive a “Clean Point” quality certification from the Mexican government.

Come July, many hotels will start accepting guests, says Rodrigo Esponda, the managing director of the Los Cabos Tourism Board, and the international terminal at the airport is also expected to reopen.

In August and September, the plan is to welcome travelers from within Mexico and internationally, especially those who had to postpone their trips due to Covid-19. By the first quarter of 2021, the region hopes to restore 60 percent of air connectivity, along with 80 percent of bookings.

“We are anticipating 40 percent fewer visitors in 2020 than we had in 2019,” says Esponda. “We had a strong start to the year and see a lot of repeat visitors from California which helps us a lot.”

Riviera Nayarit, north of Puerta Vallarta, is another popular beach destination in Mexico, but when it reopens to tourism remains to be seen, says Richard Zarkin, the public relations manager for the Riviera Nayarit Convention and Visitors Bureau.

“We’re taking a wait and see approach,” he says. “Right now, we have no plans to open anything and don’t have hotels that are taking reservations. It depends on what the federal government tells us at the end of this month.”

In the meantime, the tourism bureau just debuted a Tourism Wellness and Best Practices Guide with new sanitation protocols for travel related entities like hotels, tour operators, spas, restaurants and airports. These standards are a compilation of hygiene guidelines from various sources including the World Health Organization, the Center for Disease Control and Prevention and a handful of countries including the US and Canada.

Ocean Castle Sol de Oriente in Costa Careyes on the Mexican Pacific Coast of Jalisco, Mexico, hopes to welcome guests by the end of June.

Further south on the coast of the state of Jalisco is luxury resort, Costa Careyes, a relatively untouched locale within a 35,000-acre nature reserve. The remoteness of this less-touristed area, along with stringent adherence to coronavirus safety guidelines, has kept Careyes coronavirus-free. Kim Kessler, a spokesperson for the property says, “The immediate vicinity has had absolutely no cases of coronavirus to date, and they are doing everything to keep the area safe and protected.”

Proceeding with extreme caution, Kessler says, “Careyes will start to open to visitors this summer, hopefully by the end of June, depending on when the borders fully open to tourists. The property will impose a mandatory two-week quarantine period through the end of September. During that time, visitors are encouraged to stay in their villas or suites and just visit Careyitos beach.”

The monument to humanity, a bronze statue titled Portal Maya (Mayan Gateway), at the plaza in Playa del Carmen near Cancun in the state of Quintana Roo, Mexico, is a popular tourist attraction.

Even without an official reopening set in stone for now, travelers are showing an interest in heading to Mexico in the coming months.

Zachary Rabinor, the founder and chief executive of the luxury travel company Journey Mexico, says that after almost two months of dead business, he is getting inquiries for stays in June as well as November and December; several of these requests have resulted in bookings.

“Since people are more interested in privacy and isolation, most of the requests are for villas in Los Cabos, Punta Mita and Riviera Maya,” he says. “When it comes to hotels, these prospective clients, who are mostly from the US, only want properties that offer stand-alone rooms and villas.”

Mr. Rabinor added that his company has several million dollars in bookings for stays later this year that were confirmed before Covid-19; thus far, none have been canceled.

Another sign that Mexico is beginning a travel comeback, even if it’s slow: Posadas, a hotel operator with more than 186 properties in the country, has received 3,000 bookings a week across its portfolio for stays from July through September. The majority of these reservations are in beach locales such as Los Cabos and Cancun, says the company’s COO Enrique Calderon. “Last year, we had four times as many bookings during this same time period, but still, this is a sign of hope,” he says.

A colorful street in San Miguel de Allende, Guanajuato state, Mexico, attracts tourists from all over.

Mexico City is open for business as of June 29, and San Miguel del Allende moving through a phased reopening.

San Miguel de Allende’s multi-phase opening strategy is as follows: Establish checkpoints at every road of entry, requiring anyone arriving in the city to register with the local health department, providing names and lengths of stay, and submitting to a temperature check. Some hotels are reopening July 1.