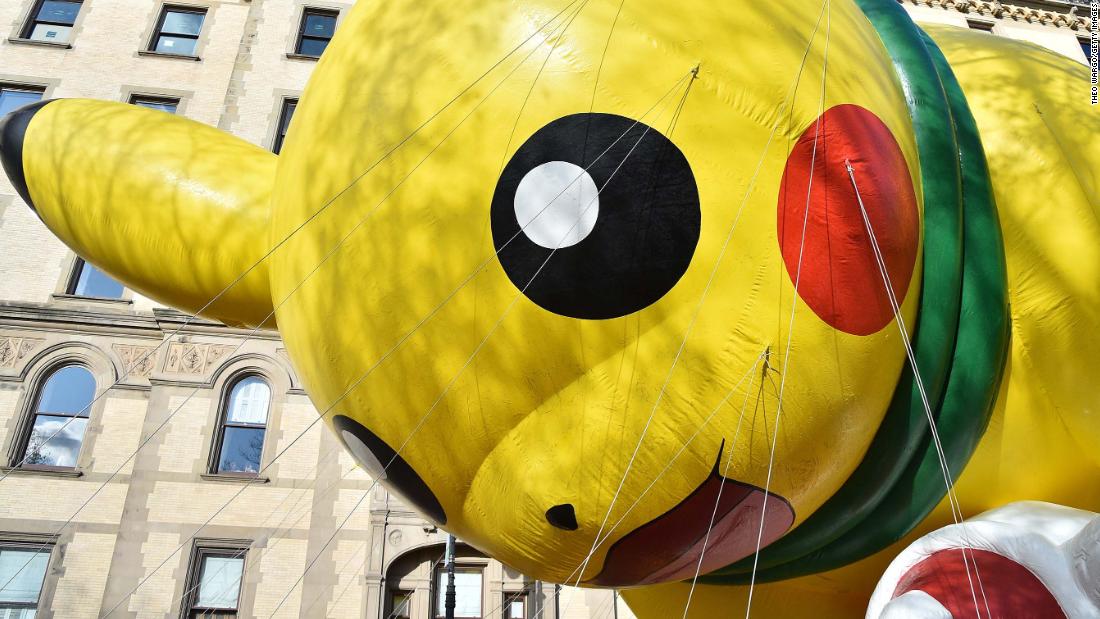 (CNN) — If you live in New York City or had hoped to travel there for the annual Macy’s Thanksgiving Day Parade on Thursday, you’re out of luck. Because of the Covid-19 pandemic, there will not be the usual millions lining the Manhattan parade route to watch the giant balloons, festive floats and performers.

But take heart: The parade itself will go on. It’s just going to be staged as a TV-only event in 2020. New Yorkers and visitors will have to enjoy the parade the way the rest of the country has traditionally done it — from the comfort and safety of home.

In light of this year’s unprecedented circumstances, Macy’s partnered with the City of New York to safely produce this year’s Thanksgiving Day Parade.

The Macy’s Thanksgiving Day Parade will not look the same this year, thanks to Covid-19.

“While it will may look different in execution, we invite everyone to tune in and experience our incredible celebration on television featuring our signature character balloons, dazzling animated floats, whimsical clowns, world-class performances, and of course the arrival of Santa Claus, who will once again herald the start of the holiday season,” said Susan Tercero, the executive producer of Macy’s Thanksgiving Day Parade, in a statement.

The treasured tradition, which many consider a standard part of the holiday, can easily be enjoyed from afar, though Parade aficionados will detect some notable differences.

The 2.5-mile route in Manhattan, for example, has been shortened, with the focus on the last section of the annual march.

Viewers can still expect signature balloons such as Ronald McDonald and Sinclair’s Dino, floats and performances, though there will be far fewer participants this year.

And the finale is intact also; Santa Claus’s appearance will be captured on NBC’s national television special. Santa will arrive in front of Macy’s famed flagship store on 34th Street to kick off the holiday season as is tradition.

The day before the parade is almost as exciting a tradition for some as the parade itself. But the Macy’s annual giant balloon Inflation celebration will not take place on Wednesday this year.

Participants will be masked up this year.

The Macy’s Parade site explains that efforts to reduce the number of people typically used to fly the huge balloons — some 80-100 people in past years — has resulted in an innovative, specially rigged anchor vehicle framework of five specialty vehicles. Both NYPD and New York City Department of Transportation have tested and approved the special vehicle.

Participants will be required to wear masks and other personal protective equipment. In addition, all will be from the tri-state area in accordance with US state restrictions and quarantine rules.

The participants, 18 years and above, will perform Parade duties with consideration to social distancing measures over a three-day period. All will be tested for Covid-19 and will undergo wellness checks as well.

Macy’s says it is working with a nationally renowned medical expert to produce the event.

‘Let’s celebrate together — at home’

Viewers can still enjoy their favorite parts of the parade from the safety and comfort of their homes.

The parade’s oldest float still in use, Rocking Horse, is back again this year. Rocking Horse, handmade by Manny Bass, long-time Parade designer, will be sporting a makeover this Thanksgiving.

Musical guests Bebe Rexha, Brett Young, CNCO and Karol G will ride the floats and perform. The legendary Dolly Parton, a Covid-19 vaccine sponsor, is joining this year with The Cracker Barrel float.

The broadcast, which last year brought in roughly 22 million viewers for NBC, will also feature several pre-taped Broadway shows, which have been closed since March, including from “Hamilton,” “Ain’t Too Proud,” “Jagged Little Pill” and “Mean Girls.”

In addition to the giant balloons, floats (some as tall as five stories) and musical guests, the Parade is host to clowns, balloncicles and street performers, all of which can be enjoyed during the three-hour TV special.

Viewers eager to keep the party going can follow the #MacysParade hashtag to see favorite moments from the show.

CNN’s Eric Levenson and Mirna Alsharif contributed to this story.