Living Not Just by the Water, but Over and Even Below It 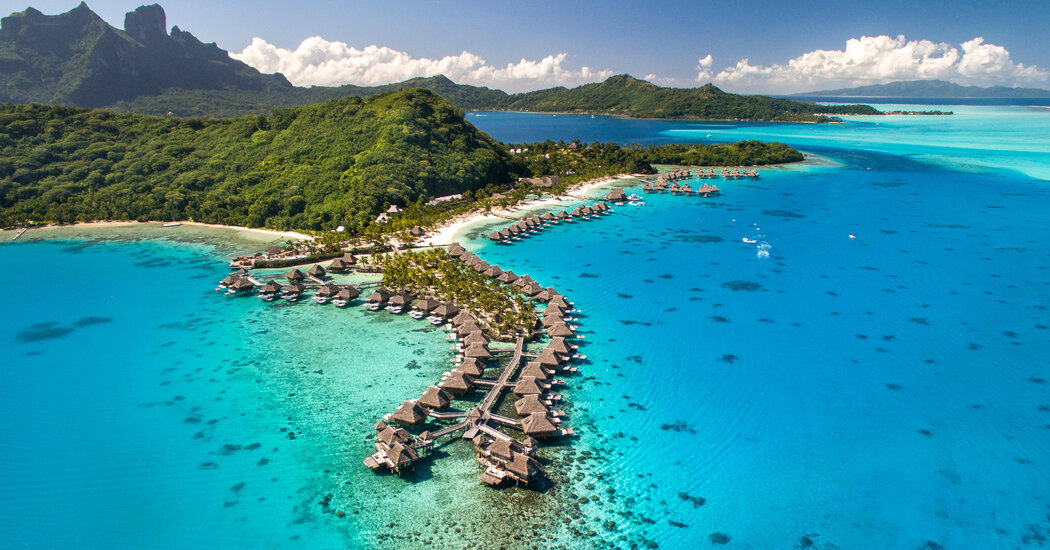 Indeed, huts on stilts are not unique to French Polynesia. Some of the finest examples, known as fish houses, were built in the early 20th century in Pine Island Sound, Fla., where they were mostly way stations for commercial fisherman to sort and store their catch. A handful remain, including one once owned by the artist Robert Rauschenberg.

“The scale of it is very intimate — it’s tiny, almost a hybrid between a craftsman home and a boat — yet you have a 360-degree view from the porch,” said Claire Weisz of WXY, an architecture and urban design studio in New York City, who is supervising the property’s restoration. Although Rauschenberg’s home, now operated by his foundation, was built in 1942, Ms. Weisz said its condition was surprisingly good after weathering hurricanes and rises in sea level. Built by carpenters whose specialty was overwater construction, it has spaced-apart piles that allow wind and water to pass through harmlessly.

Recently, developers have co-opted the overwater idea for even landlocked mansions, like the $25 million, 11,000-square-foot home in Santa Monica, Calif, currently being constructed for Ira and Alice Rosenberg, a couple who turned to development after retiring from the garment business. A bridge will be required to enter the house, which is being engineered as if it were floating over a water-filled courtyard.

At the Rosewood Mayakoba resort, on the Yucatán Peninsula in Mexico, a full community of residences includes villas with terraces that project over a lagoon at the heart of the development’s 620-acre nature preserve.

But nothing comes close to the four- and five-bedroom Floating Seahorse homes in Dubai, which each cost 20 million euros (about $24.4 million). They form part of the artificial archipelago known as the World, just off the coast, near Palm Jumeirah. Each offers residents the chance to live not just over water, but under it, too, as two of the bedrooms are below the surface.

Josef Kleindienst, chairman of the Kleindienst Group, the project’s developer, said the idea for these properties came from his determination to explore the waters, even though he fears ocean swimming. He said 72 of the planned 133 villas had already been sold, despite the bad publicity that arose when a stand-alone platform the company provided for a New Year’s party in 2017 sank several days after the event, when the structure was empty.

“The platform was designed for waves up to five feet, and, unfortunately, they came up to eight,” Mr. Kleindienst said. “The platform could not take it, but if a Floating Seahorse had been anchored in the same place, it would not have sunk, because it’s technically more advanced.”