Lions Are Lovely, but Petite Carnivores Need Affection, Too 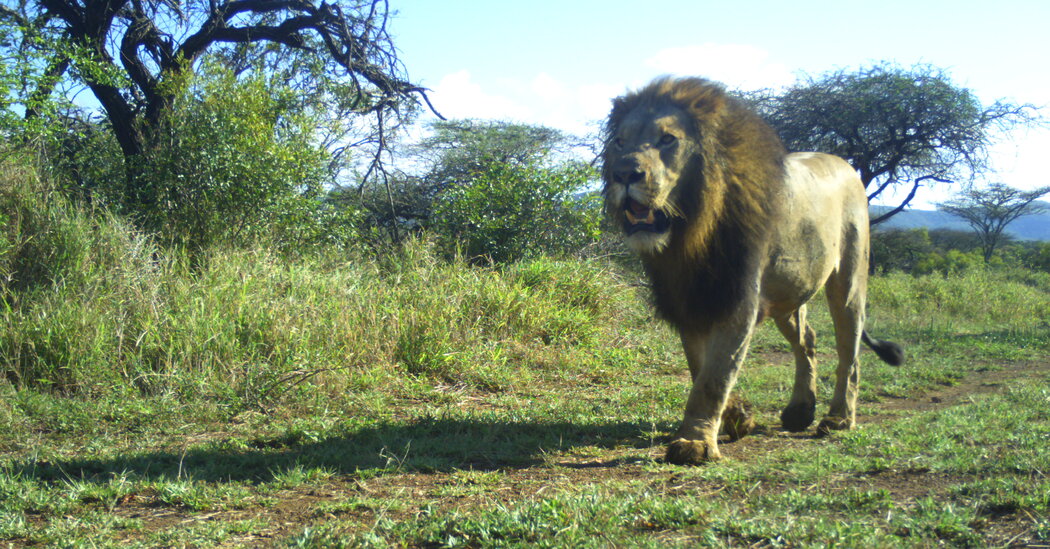 Managers of these parks, responding to this commercial pressure, tend to favor those bigger, charismatic predatory cats. Although South Africa’s 30-plus species of smaller carnivores play important roles in their ecosystems by keeping populations of prey species in check, which in turn affects plant communities, managers give little, if any, thought to their protection.

The assumption has long been that adding lions to the top of the food chain would lead to healthier populations of these other carnivore species, and that any efforts to protect large predators, such as lions, automatically benefit smaller ones, too. However, scientists lack evidence about whether these predictions play out in the real world, especially in small reserves of the sort found in South Africa.

A study published on Wednesday in the journal Proceedings of the Royal Society B reveals that the dynamics are more intricate than previously thought. While the presence of lions slightly increases the number of small carnivore species living in an area, it decreases their overall range.

“We can’t just assume that when we manage for lions, there will be umbrella benefits for all of biodiversity,” said Gonçalo Curveira-Santos, a doctoral candidate in conservation biology at the University of Lisbon, and a lead author of the findings. “Apex predators are very interactive in an ecosystem, and we need to take better into account their ecological effect.”

Many wildlife reserves in South Africa are former livestock farms that have been converted for ecotourism. If lions are present, they have usually been reintroduced.

After reintroduction, managers tend to invest significant money and effort into maintaining lion populations, including anti-poaching patrols and regularly removing wildlife snares placed in reserves by people in the local communities.

Mr. Curveira-Santos and his colleagues wanted to see what effect, if any, those activities had on small carnivore species that weigh less than 44 pounds. They focused on 17 reserves in South Africa’s Limpopo and KwaZulu-Natal provinces, about half of which had reintroduced lions to their properties. They used camera-trap data collected by the conservation group Panthera to estimate the number of small carnivore species in each reserve and calculate the extent of their presence.

Across reserves, the researchers recorded 22 small carnivore species, from side-striped jackals and banded mongooses to bat-eared foxes. They found that overall species counts were slightly higher in reserves with lions, but that, on average, lions reduced the amount of land that small carnivores are found on by roughly 30 percent.

Mr. Curveira-Santos says it is clear that the lions, when they are present, are influencing the distributions of these smaller carnivores.

“The question is, is this the natural role and a good thing for conservation, or is it a negative thing because we’re doing this in a very artificial way?” he said.

It could be that there are fewer individual small carnivores, because lions are killing or otherwise repressing them, he said, or that lions are causing small carnivores to avoid certain areas out of fear — or both. The team also cannot say whether these dynamics are impacting small carnivores’ ecological roles. More study will be required, but if smaller predators are being killed by lions or confined to certain locations where the big cats do not tread, that could lead to population declines of these species and create imbalances for other animals and plants.

Kelly Anne Marnewick, a carnivore biologist at Tshwane University of Technology in South Africa who was not involved in the research, said that reintroducing lions at these South African reserves had been valuable, with the predators now considered to be of “least concern” for conservation purposes.

“However, we need to take heed of the findings of this paper and direct research to ensure we have sufficient information to adapt management to a more holistic approach for the benefit of the whole ecosystem” she said.

With further research, Mr. Curveira-Santos and his colleagues hope to determine how much overlap exists between the ecotourism industry’s commercial interests and the conservation community’s ecological ones.

“We are just starting to unravel the complexity of carnivore community diversity and dynamics,” he said. “There’s more research needed before we can say how much management and conservation priorities are aligned.”