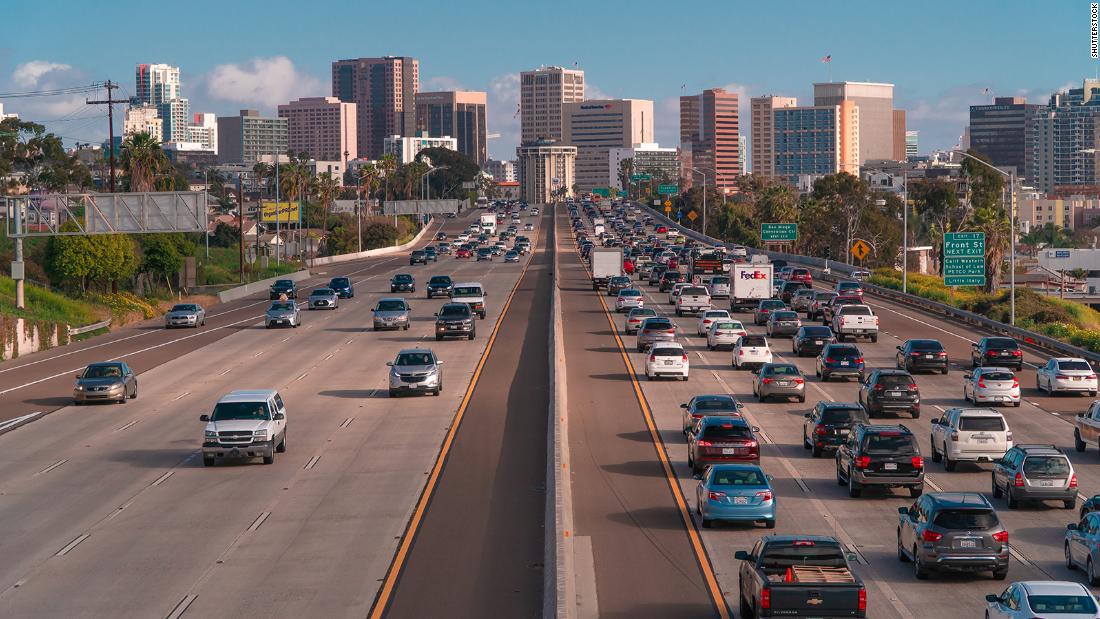 College Park, Maryland (CNN) — The coronavirus has not killed off the summer road trip.

New travel data shows that nationwide, Americans are taking more long trips than they were before the pandemic struck — a trend that has experts concerned these travelers could spread the virus.

During the week preceding the July 4 holiday, Americans made 32.2 million trips of more than 50 miles, according to data prepared by the Maryland Transportation Institute for the federal government. That’s slightly more than the 31.9 million long trips made during the same period in 2019.

“We did a good job during March and April staying home, but it seems that when we reached the Fourth of July, it’s getting back to where it was before the pandemic,” Aref Darzi, a researcher at the institute, told CNN.

“We expected to see more travels during the holidays, but getting back to where we were before the pandemic — it was a bit surprising for us,” Darzi.

The institute uses anonymized cell phone location data to chart how people move. The data includes all trips, including those by train and plane.

Amtrak says its bookings are down significantly, and security checkpoint data shows airports are seeing about a quarter of last year’s foot traffic, suggesting car travel has increased.

But the numbers suggest many of the trips are by car. The measure of ultralong trips (those over 500 miles) is one third of what it was last year. Amtrak says its bookings are down significantly, and security checkpoint data shows airports are seeing about a quarter of last year’s foot traffic.

The trends are “really concerning,” Darzi said. “We know that if a person from a region goes to another region that has the disease, it may start a new outbreak in a new region.”

Only about three in 10 people in several hot spot states — Arizona, California, Florida and Texas — did not venture out during the holiday weekend, according to the Maryland Transportation Institute data.

Luisa Franzini, Ph.D. and professor and chair at the University of Maryland, said in an interview she doesn’t think there is widespread understanding of the risks of traveling to a gathering.

“Even outdoor events like barbecues or a party outdoors — they still can be super-spreader events,” she said.

Car travel does not carry the same risks as sharing a crowded aircraft cabin or train car with other people, she noted.

Although travel by car can reduce some risks, other external factors such as stopping for gas or food cannot be controlled.

“But that doesn’t mean it’s without any risk,” Franzini said. “There is still the risk during the trip when they stop at the gas station to get gas, or go to the restaurant. That’s certainly risky. And then once they arrive to their destination, there are risks, too.”

Dr. David Damsker, who leads the health department in Bucks County, Pennsylvania, is also concerned about what happens when travelers return home from places such as Myrtle Beach, South Carolina — a vacation destination and a coronavirus hot spot.

“We’re seeing about half of our new cases are people that are infected while they’re traveling,” he said.

“It’s very important because without those cases, we’d obviously have a better prevalence here in Bucks County. Citizens that are traveling are now increasing our numbers by getting infected in other places.”

Damsker told CNN he understands that “people are feeling a little bit bottled up,” and believes a call for eliminating summer vacations would flop. So his approach is to urge returning travelers to stay home and avoid public places.

“People are going to travel. You can’t keep people in their homes forever,” he said.

When they do go out, Damsker said he hopes they wear a face mask, avoid bars and practice social distancing.

And he’s urging travelers to carefully consider the rate of coronavirus cases at their destination.

“If you don’t have to go to a state where there’s high prevalence, don’t go.”