Is “Down to Earth with Zac Efron,” the Netflix travel series, worth watching? 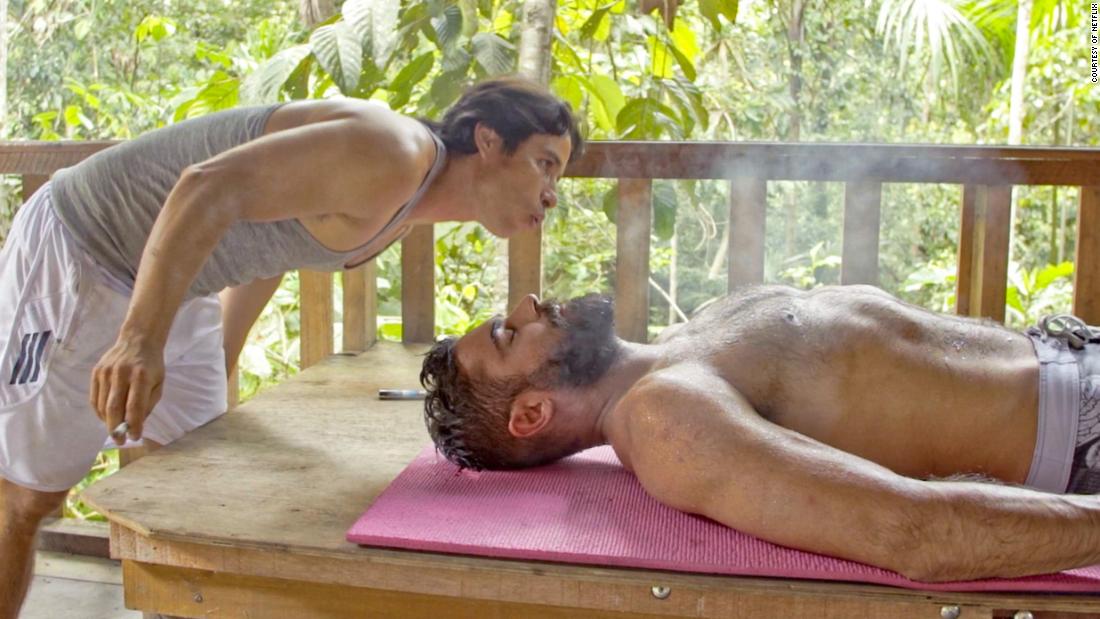 (CNN) — Binge-watching Netflix’s “Down to Earth with Zac Efron” is sort of like watching Bill and Ted discover climate change.

During eight, approximately 40-minute-long episodes, the actor and his health-guru buddy Darin Olien travel around the world, making earnest if not super-deep observations about ecological destruction and promising methods of fighting it.

Efron’s name in the title tells you all you need to know about the target demographic. We know why we’re here.

At 32, Efron’s not the Ken doll he once was in “High School Musical,” the 2006 movie that made him a household name. He’s clearly been doing some soul-searching about his life and career.

Much has already been made online about the former teen heartthrob’s “dad bod” and thick beard here, but I was more struck by how often Efron’s gaze seemed to wander into the middle distance.

“I’m getting out of Hollywood,” he vows almost bitterly on one car trip with Olien.

In the show’s Italy-set episode, I’d never seen someone eat carbs with such sheer joy. I don’t know what they’ve been doing with him in LA, but this is a man who needed to get out and live.

If he can do it while enlightening audiences who might not know the first thing about the imperiled environment, all the better. The show starts somewhat underwhelmingly in Iceland, which, while highly cinematic, has already gotten plenty of press for its geothermal energy innovations and healing hot springs.

Somewhat more interesting are the duo’s forays into the “Blue Zone” of Seulo, Sardinia, where Efron and Olien meet charming centenarians, and Iquitos, Peru, where they forage for medicinal plants and visit a shaman.

Appropriately for the vanilla flavor of this series, they forgo hallucinogenic Ayahuasca trips, opting instead for healing steam baths. The overall vibe is that of an educational show that’d be perfect for a middle school science class — although even that age group might roll their eyes at being told the definitions of “expat” or “circadian rhythm.”

It’s also heavy on product placement, with Hilton taking top honors. For example, the duo visit a collection of beehives on the rooftop at the New York Hilton Midtown in New York City.

No message here about the financial and cultural benefit of staying with local hotels, regrettably.

Zac Efron learns about the bees (sorry, birds) — with a side of Hilton product placement in NYC

In the water-themed episode, Efron invites his friend Anna Kendrick to join him for a tasting with an LA water sommelier, and the actress’ quicker wit leaves you wishing she’d been a more frequent guest. She clearly adores Efron, though, and it’s hard not to do so as well.

He may not be the world’s most articulate guide. “World hunger is just … a whole other situation,” he opines at one point, but he’s clearly gung-ho to use his celebrity for good, as well as game to look like an idiot on camera.

I felt a little bad for him when his “Leeches suck!” groaner of a pun failed to yield even a chuckle from his co-host and crew.

Olien, with his surfer-brah energy, can be a little harder to take. When the pair visits his commune-running buddy in the Costa Rican jungle, there’s a borderline-culty White Savior thing going on.

But the series ends on a surprisingly sobering note as Olien is personally affected by extreme weather, in the form of wildfires that ravaged his Malibu neighborhood while they were shooting this series.

Sure, our hosts epitomize White privilege, but after having spent eight episodes with the guy, you do feel for him. It’s compelling, in a tragic way, to see someone forced to make such a sudden and visceral connection to climate change. Mind blown, bro.