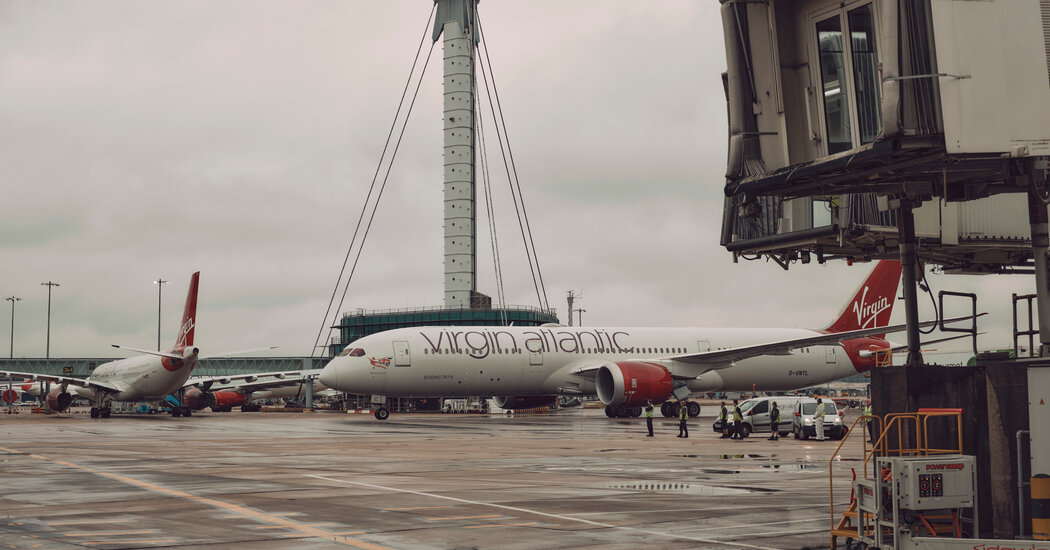 Swissport’s British operation was able to keep its staff employed through the country’s furlough program, which helped pay up to 80 percent of wages at companies hit by the pandemic. But that government subsidy was set to expire on Oct. 31, prompting Swissport to offer layoff packages. About 950 workers accepted them, including Tracey Moore. (In November, the government extended the furlough through March.)

“The problem is, we all know that the business will take years to recover; this is not going to be over in 12 months,” Mr. Wirth said. Swissport’s income is a direct reflection of the amount of air travel. Airlines don’t agree to any minimum level of spending with the company. The flexibility that the company offered to airlines suddenly became a curse — as flights vanished from schedules, so did Swissport’s income. Until demand for flights resumes, Swissport will be a much smaller company, Mr. Wirth said. It has already laid off about 3,250 employees in Britain, 40 percent of its work force.

Swissport’s competitors have also been forced to drastically reduce staff, including some workers who have spent decades behind the scenes at airports.

Leonardo Aquaro is one of the casualties. In 2003, at age 23, he started working in London’s Heathrow Airport at an airline check-in and ticket desk. Most recently Mr. Aquaro was an operations controller for Menzies Aviation, managing the dispatchers of flights who get planes turned around quickly at the airport. In March, he was furloughed, then in September, laid off. He doesn’t think he’ll ever return to the industry.

“There isn’t much out there at the moment, even if you have a lot of experience,” he said. And he says the industry has changed: Demands to cut costs have stretched staff and worsened contracts. Instead, he’s studying marketing and web design online and spending more time with his son, 7, and infant daughter.

Four year ago, Eagle Couriers, a corporate delivery service based in Scotland, decided to diversify into the business of returning lost luggage to passengers, known as baggage repatriation. It acquired THS Couriers, a creditor of Virgin Atlantic.