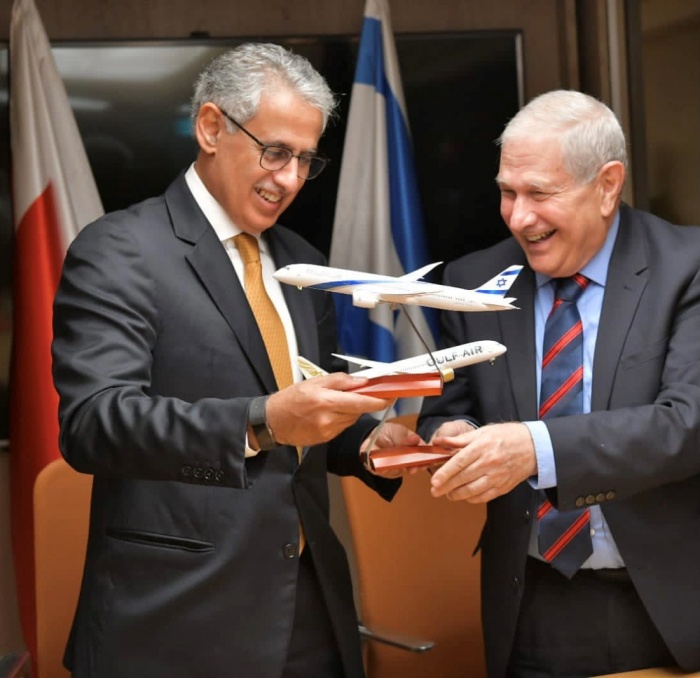 Gulf Air and EL AL Airlines are set to embark on a historic collaboration following the signing of a memorandum of understanding.

The move came during during an official visit from the kingdom of Bahrain to the state of Israel.

The memorandum was signed at the Hilton Tel Aviv by the Gulf Air chairman, Zayed Alzayani, and the chairman of EL AL, David Brodet.

Alzayani also announced at the ceremony the launch of Gulf Air’s direct flights to Tel Aviv starting from, January 7th.

The signing and announcement of the new route follow the recent development of closer diplomatic ties between Bahrain and Israel.

Alzayani commented: “We are delighted to announce the launch of our Bahrain – Tel Aviv route as part of the historic initiation of Bahraini – Israeli relations.

“As the national carrier of the Kingdom of Bahrain; we take great pride in supporting our leadership and kingdom in their role of preserving peace and prosperity in the region.”

The memorandum sets the foundation to discuss potential joint codeshare operations between Manama and Tel Aviv, as well as on the global flight networks beyond the two carriers’ hubs.

Brodet stated: “The opportunity to explore a potential cooperation with Gulf Air is a direct result of the changes taking place in the region.

“We at EL AL look forward to seeing how we can offer our passengers new and exciting options – it goes well beyond just the flights but with expanding in the areas of cargo, maintenance and travel technology.”