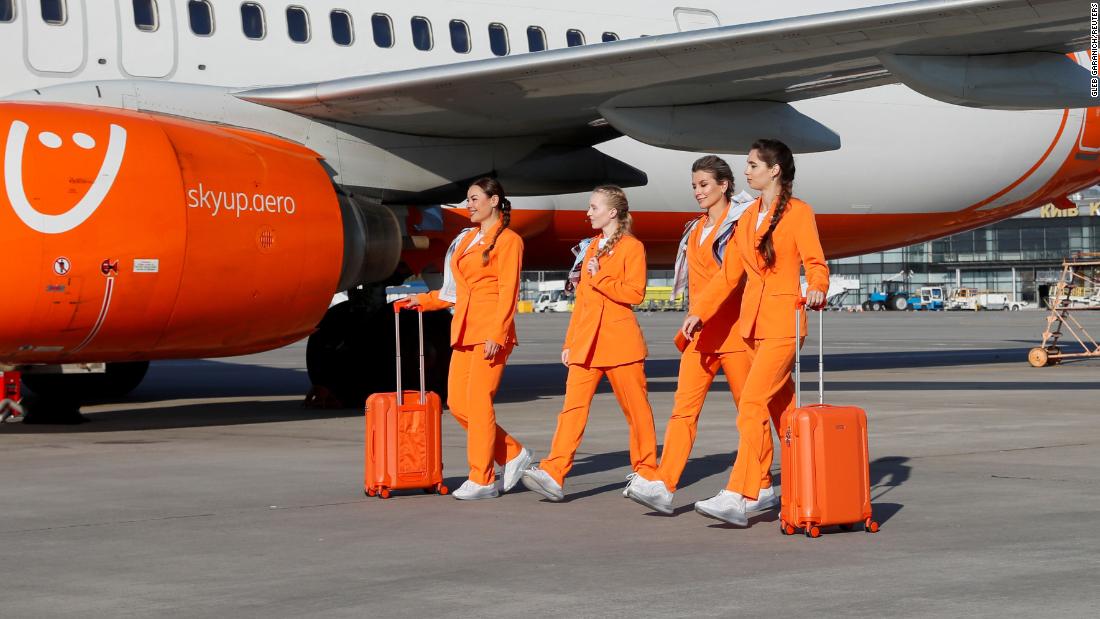 Alexandrina Denysenko, a senior flight attendant with seven years of experience, says she sometimes does not get a spare minute to sit down during a flight and dreams of resting her swollen legs after spending hours wearing heels.

SkyUp Airlines, the privately-owned Ukrainian carrier that employs Denysenko, decided to put an end to heels and pencil skirts after collecting feedback from flight attendants about their uniform.

The new SkyUp uniform for women now includes white Nike sneakers and a loose orange suit with trousers and a silk scarf, both made by Ukrainian brands. White T-shirts will replace blouses.

“Shoes (with) heels look beautiful, I do not argue with that, but feet suffer and swell by the end of the flight. Sneakers are absolutely cool,” Denysenko told Reuters.

“God forbid, but if a crew has to do a landing in water and an evacuation. Heels can damage the ladder and it won’t be very comfortable to swim in a skirt,” she said.

The company said they researched the history of cabin crew uniforms and decided to ditch what they called “conservative” elements of a flight attendant’s look. Braids will now replace a tight bun or ponytail hairstyle.

“We found out that despite the fact that the image of a female flight attendant is very romanticized, their job demands a lot of physical training,” the head of the SkyUp Airlines marketing department, Marianna Grygorash, said.

The new uniform will be officially launched on October 22.

Grygorash said the company also plans to launch a new uniform for male crew. It will have a light suit instead of a vest, and a T-shirt instead of a collared shirt, combined with black Nike sneakers.

“If the whole world and all fashionistas wear sneakers, why not to bring it to aviation?” flight attendant Zoryana said.