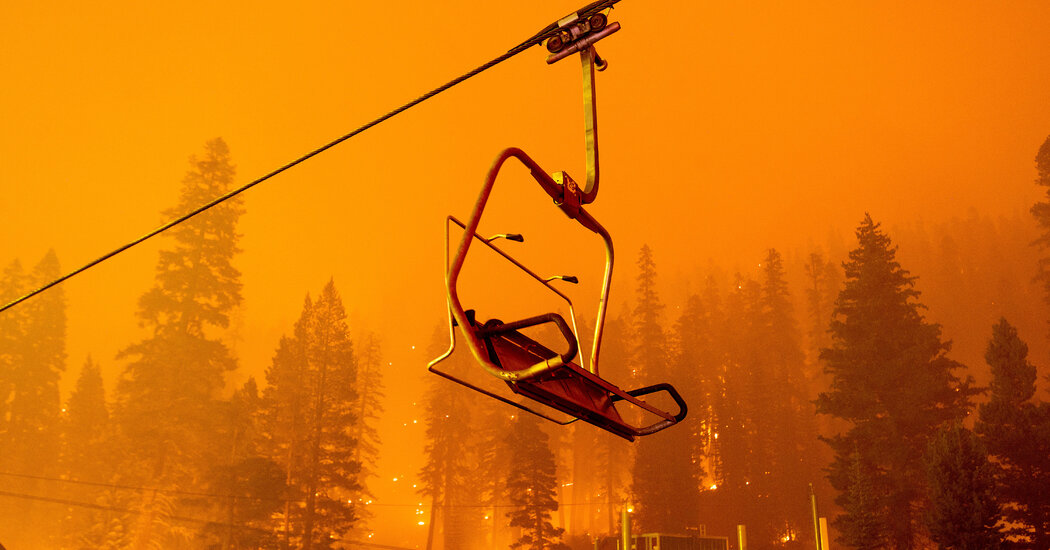 The economic impacts are staggering. A 2018 report by researchers at the University of New Hampshire and Colorado State University for the advocacy group Protect Our Winters shows the five least-snowy winters between 2001 and 2016 cost the industry an estimated $1 billion and more than 17,000 jobs a season. Mr. Scott, the climate professor, adds vacation property values could decline and ski areas that can’t make enough snow may close. In Colorado, workers have already extended snowmaking to the top of 11,212-foot-high Aspen Mountain so managers can run the top half of that resort independently in anticipation of losing lower elevation runs. The ski areas that do survive are likely to become more crowded even as the general skier population dwindles.

To fight this, ski areas are taking a two-prong approach, in Washington, D.C., and at home. The political fight to combat climate change is a slow-moving one, but groups like the National Ski Areas Association, the Outdoor Industry Association and Snowsports Industries America work with lawmakers — like Representative Ann McLane of New Hampshire who leads the Congressional Ski and Snowboard Caucus — to get them to enact meaningful climate policies. Protect Our Winters, a consortium of athletes, scientists, ski area managers and outdoor business leaders, wants a price on carbon, more renewable energy and cleaner transportation systems. To do that, the organization is trying to mobilize “the outdoor state” to “create a giant, powerful climate movement,” said Aspen’s Mr. Schendler, who is also the group’s chairman.

“The outdoor industry is bigger, wealthier, crazier and more influential than the N.R.A.,” he said. “We need CEOs and trade groups and leadership to wield that power ruthlessly. Pretend you are the N.R.A. and climate were gun rights. What would you do?”

For the past two decades, most of what’s been done has occurred at the local level as ski areas look to green their operations — a strategy that Mr. Schendler calls “fundamentally a PR move.”

Since 2000, however, the National Ski Areas Association has created guidance and initiatives to help ski areas become more sustainable and to do more advocacy work. Adrienne Saia Isaac, the organization’s director of marketing and communications, said American ski areas, working with the NSAA, have reduced their emissions by more than 110,000 metric tons over the past decade and they’ve purchased renewable energy credits for twice that amount. Together, that’s roughly the equivalent of not burning 352 million pounds of coal.

It’s also a pittance compared to the 400 to 1,600 billion metric tons of greenhouse gases that Oxford Net Zero, a research group at the University of Oxford in England, says we will need to remove from the atmosphere to ward off the worst of climate change, but it helps. Powering a resort almost entirely on solar energy as Park City and Deer Valley are doing; finding ways to build more eco-friendly housing, as a partnership between Utah’s Powder Mountain and Weber State University is doing; or even composting leftover food scraps more efficiently, as New Mexico’s Taos Ski Valley is doing — these moves may not move the needle much, but they still have value.