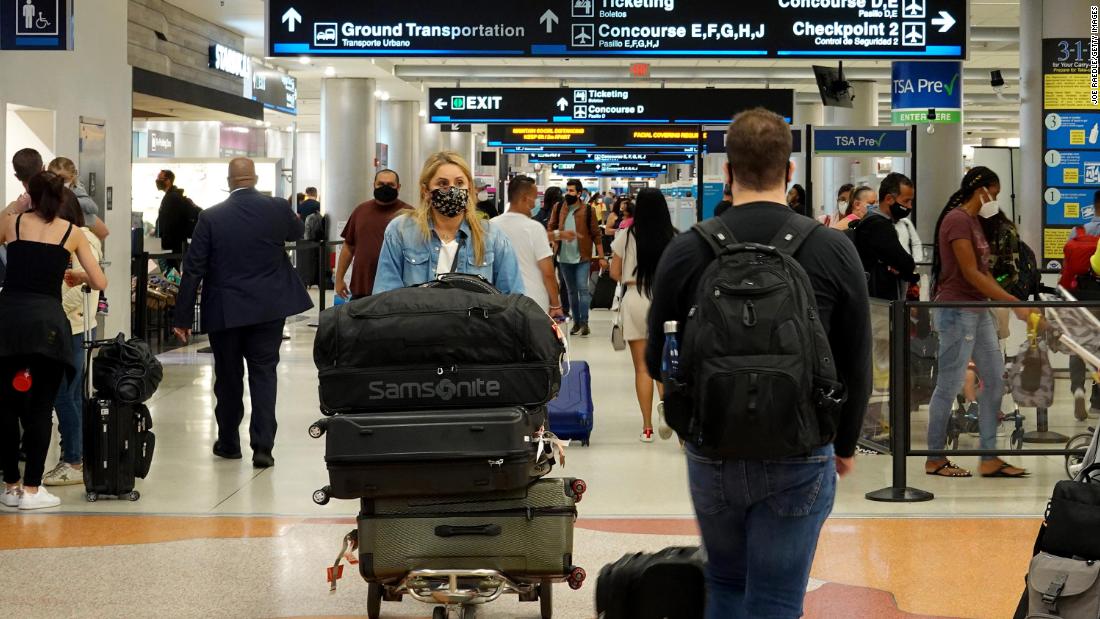 (CNN) — A vaccine mandate for US air travel is an idea that Dr. Anthony Fauci supports, but the travel industry is not on board.

“I would support that — if you want to get on a plane and travel with other people that you should be vaccinated,” Fauci, director of the National Institute of Allergy and Infectious Diseases and a top medical adviser to the Biden administration, recently told The Skimm podcast.

Fauci told MSNBC on Tuesday that testing requirements and vaccine mandates for travel are under consideration but not yet decided.

White House Covid-19 response coordinator Jeff Zients said on Friday that the White House is “not taking any measures off the table.”

But a top industry official told CNN that a vaccine mandate for airline passengers is not under serious consideration in conversations between the federal government and airlines.

The airline industry official, who spoke to CNN on the condition of anonymity, said there would be “tremendous challenges” in executing such a mandate, underscoring that it would also need to apply across all forms of transportation including trains and buses.

Objections from the industry

The U.S. Travel Association, a national nonprofit organization representing the travel industry, is opposed to vaccine mandates for domestic travel.

“U.S. Travel has long maintained that there should be no mandatory vaccination requirement for domestic travel. Such a policy would have an unfair, negative impact on families with young children who are not yet eligible to get the vaccine,” said Tori Emerson Barnes, the organization’s executive vice president of public affairs and policy, in a statement responding to Fauci’s comments in support of a mandate.

Emerson Barnes highlighted research pointing to the “safety of air travel as long as masks are worn.”

The federal mask mandate for public transportation means that “proper tools are already in place to enable safe air travel for Americans,” she said.

A vaccine mandate for domestic travel would likely present a host of logistical challenges. Decentralized record-keeping makes vaccination in the United States difficult to verify. Requiring proof raises the question of whether the government or individual airlines would collect the information. And some states have banned businesses from requiring proof of vaccination.

What airline executives have said about mandates

US airline executives are taking a more wait-and-see approach to the possibility of additional mandates for air travel.

Delta Air Lines CEO Ed Bastian and United Airlines CEO Scott Kirby have both previously said they don’t expect a vaccine mandate for domestic air travel. Vaccine mandates are already in place in many cases for international travel, they have noted.

Delta’s Bastian highlighted the challenge of managing a domestic requirement.

“There’s no evidence that there’s been spread of Covid in the domestic air transport system,” Bastian told CNN in late August. “As a result of that, coupled with the logistical challenge of carrying millions of people a week in the domestic system, it would be quite a logistical snafu for us to try to require that domestically.”

Any decision on vaccine mandates for US travel would be “up to the government,” Kirby told CNN late last month.

“We’ll be prepared to support it if the government decides to do it domestically,” he said.