E.U. Plans to Bar Most U.S. Travelers When Bloc Reopens 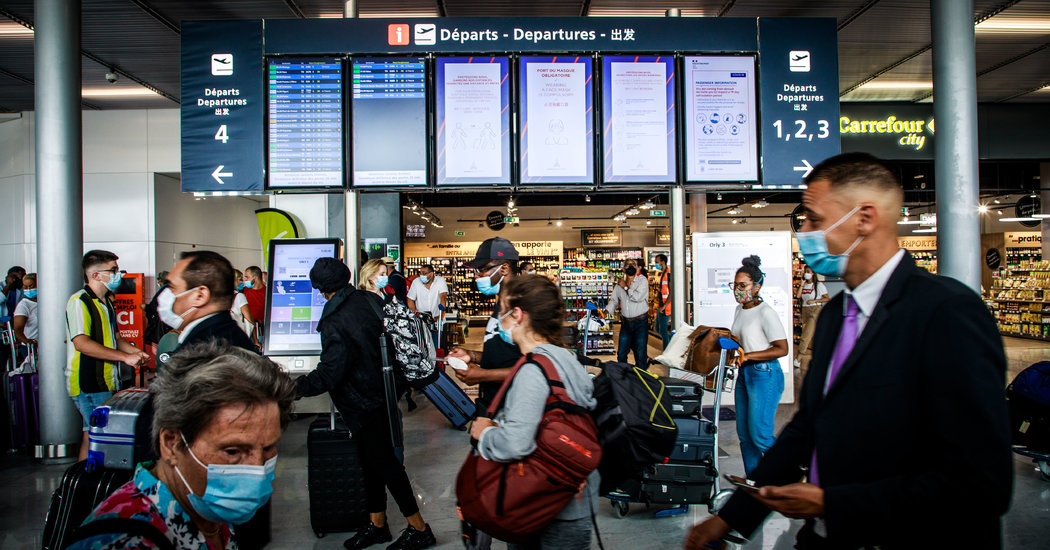 The full list finalized on Friday includes Algeria, Australia, Canada, Georgia, Japan, Montenegro, Morocco, New Zealand, Rwanda, Serbia, South Korea, Thailand, Tunisia, Uruguay, Andorra, San Marino, Monaco and the Vatican. China will be included if it also opens its borders to European Union travelers, as reciprocal reopening is one of the criteria used to make the final selection for the safe list.

Britain, despite having left the E.U., is still being considered part of the bloc until year’s end, and so was not part of the discussion over outside visitors.

A detailed guide of criteria shared among diplomats and reviewed this week by The New York Times said that the list should include only countries with a “comparable or better epidemiological situation as the average in the E.U.+ area,” and that the data from those countries must be credible and demonstrate a robust system for containing the virus.

The term “E.U.+” refers to the European Union plus Norway, Iceland, Switzerland and Liechtenstein, which do not belong to the E.U. but are normally part of its open-borders zone.

Criteria for exceptions to the safe list were also detailed in the guide, adding flexibility. Those included health workers, diplomats, humanitarian workers, transit passengers, asylum seekers and students, as well as “passengers traveling for imperative family reasons” and foreign workers whose employment in Europe is deemed essential.