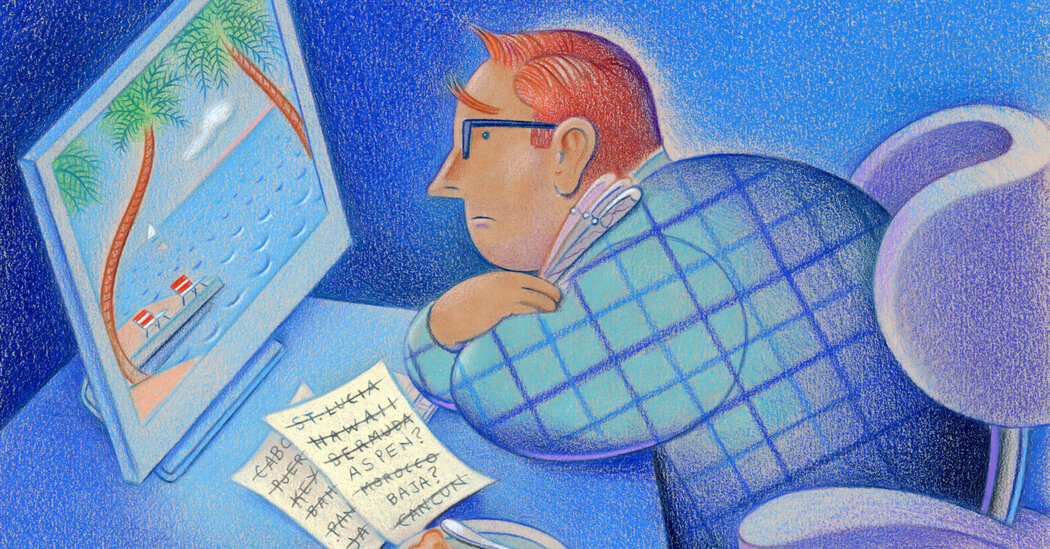 As tour sales indicate, depressed demand for international trips means you may find sales there.

For example, while you won’t find a huge deal at The Broadmoor’s Cloud Camp wilderness property near Colorado Springs — which, on the heels of a very busy year, is offering a Cyber Monday sale of 10 percent off select 2022 stays that normally start at $1,055 — you will find deals in Chile. There, Tierra Hotels, which operates remote lodges in Patagonia, Chiloe and the Atacama Desert, is offering its first-ever seasonal sale at 40 percent off stays booked Nov. 29 for travel through April 30, 2022 and 30 percent off stays beyond that, through April 2023 (two nights minimum). Rates, which include meals and guided excursions, normally start at $800 a person a day.

Sales on big-ticket, far-flung places include a few small ships in the Galápagos. Metropolitan Touring will add a two-night stay at Quito’s boutique Casa Gangotena, valued at $1,120, on Black Friday for most 2022 Galápagos bookings, which start at $4,052 for five days on a 40-guest yacht.

Ecoventura will offer 15 percent off its 20-person-yacht Galápagos cruises, which start at $8,950 a person before the discount on select 2022 departures January to March booked Nov. 25 through 30 (email [email protected] to book).

The year-old Hôtel Barrière Le Carl Gustaf on St. Bart in the Caribbean will hold its first Black Friday sale from Nov. 26 to 29, with 15 percent off suites, which normally start at $990, plus daily breakfast, a yoga or Pilates class, two massages, airport transfers and a $50 food-and-beverage credit. Blackout dates include the first week of January and March 16 to 20.

While you will see Black Friday cruise deals from lines like Royal Caribbean and Holland America, you may also see them during “wave season,” a sales period that runs roughly from mid-January to March when the majority of bookings take place, encouraged by incentives.

Still, she recommends booking early as a risk-free way to get what you want — such as the exact dates, ships and cabins — since most cruise lines will re-price your deal should the fares drop before your final payment is due.