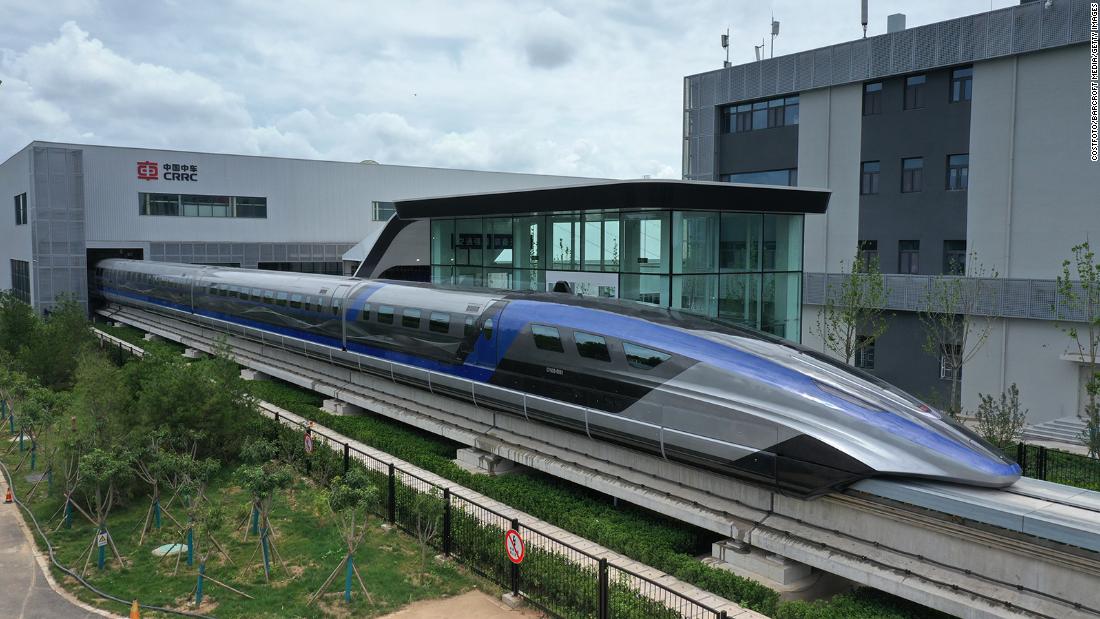 (CNN) — A maglev bullet train that can reach speeds of 600 kilometers per hour (373 miles per hour) has made its debut in Qingdao, China.

“Maglev” is an abbreviation of “magnetic levitation.” The train appears to be “floating” thanks to an electromagnetic force that sends it gliding above the tracks.

A prototype of the new maglev train was revealed to media in 2019. That same year, China announced ambitious plans to create “3-hour transportation circles” between major metropolitan areas.

China’s new maglev train is designed to reach speeds of 600 kilometers per hour.

High-speed rail is a major priority in China, which aims to connect more of its large cities by train to reduce the time and expense required to travel around the world’s most populous country.

Currently, the average high-speed train in China can run at about 350 kph, while planes fly at 800-900 kph. Trains like the one unveiled in Qingdao this week could fill a critical middle space.

However there’s one thing keeping this train from being ready to greet commuters — a lack of completed maglev track networks.

Currently, China only has one maglev line in commercial use, connecting Shanghai’s Pudong Airport with the Longyang Road station in the city. The 30 km (19 mile) journey takes about seven and a half minutes, with the train hitting speeds of 430 kph (267 mph).

Several new maglev networks are reportedly under construction, including one linking Shanghai and Hangzhou and another connecting Chengdu and Chongqing.