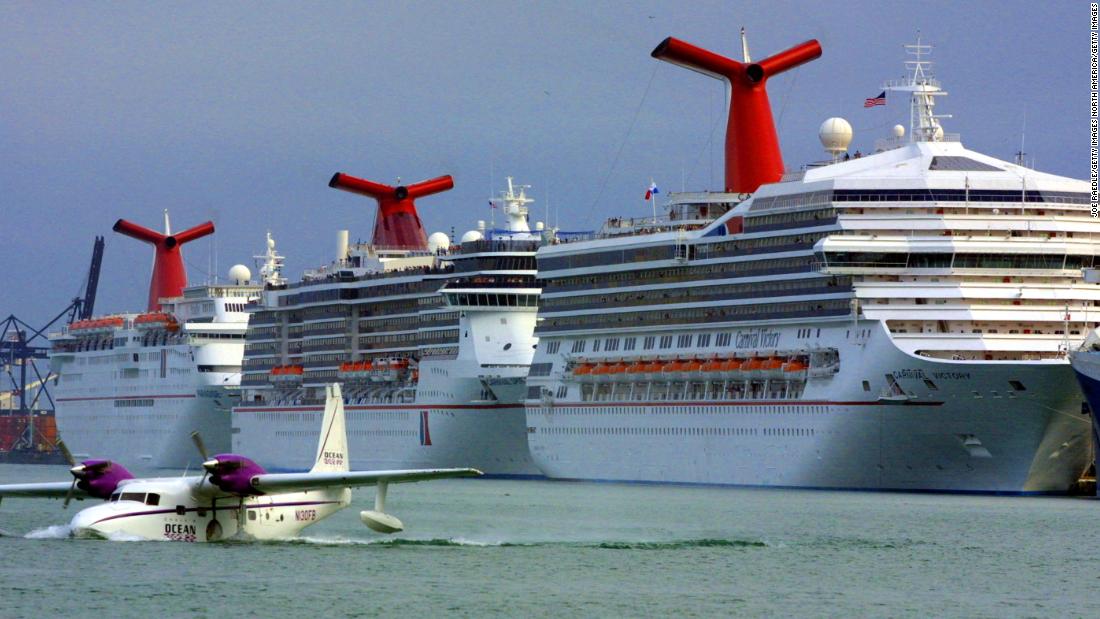 (CNN) — If you’re one of those people who have been eagerly awaiting the chance to take a cruise out of US ports, the Centers for Disease Control and Prevention released a bit of good news for you on Friday.

But that doesn’t mean lots of ships full of passengers will be sailing like it’s 2019 starting next week — the keyword in this order is “conditional.”

The order is a first cautious step toward the resumption of cruising in an industry that has been devastated by the Covid-19 pandemic since the no-sail order was placed March 14.

Friday’s order applies to cruise ships with the capacity to carry at least 250 passengers.

The British cruise ship MS Braemar was one of numerous cruise ships around the world that desparately searched for a port in March as pandemic lockdowns swept the world. The CDC is moving cautiously to avoid a second round of that.

The first phase of this effort focuses not on passengers but crew members, who would be allowed to disembark from ships in territorial waters of the United States.

Later phases involve “mock voyages,” with volunteers playing the role of passengers to test virus mitigation strategies on trips. Once ships have met certain requirements, they will be certified to begin operations with real passengers.

“This framework provides a pathway to resume safe and responsible sailing. It will mitigate the risk of COVID-19 outbreaks on ships and prevent passengers and crew from seeding outbreaks at ports and in the communities where they live,” CDC Director Dr. Robert Redfield said in a statement.

The CDC notes that recent outbreaks on cruise ships overseas show that even when passenger capacity is reduced, cruise ship travel amplifies transmission.

It “would likely spread the disease into U.S. communities if passenger operations were to resume in the United States without public health oversight.”

A phased approach will allow the cruise industry to test the effectiveness of mitigation measures on cruise ships without burdening public health, the CDC said.

It could still be a good ways off before people are leaving US ports.

Most cruise companies — including Carnival, Royal Caribbean and Disney among others — have canceled all cruises leaving from US ports until at least December, according to the Miami Herald newspaper.

Other parts of the world

Quantum of the Seas is slated to partake in “cruises to nowhere” out of Singapore.

Outside the United States, cruising is in various states of flux depending on regional conditions.

The Asian city-state of Singapore said it will launch pleasure cruises that don’t actually visit any ports in November 2020. The ships will sail at a maximum capacity of 50% and are for Singapore residents only.
In Europe, some Mediterranean cruises just for citizens of EU countries started up in late summer. But a recent second wave of Covid-19 and new quarantine requirements have put much of that in peril.
Travel Weekly reported on Friday of the cancellation of European river cruises. AIDA Cruises, part of the Carnival Cruises empire, announced Thursday that it will cancel all planned voyages for November because of German measures to contain the new Covid-19 outbreak.