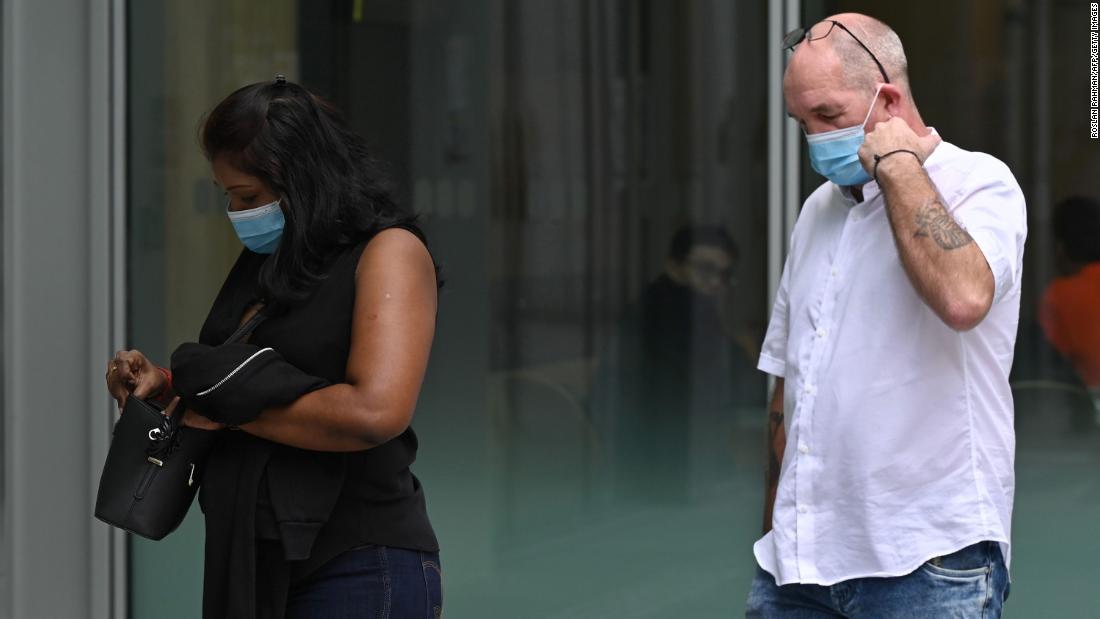 Singapore (CNN) — A British man pleaded guilty on Monday to breaking Singapore’s strict coronavirus rules by sneaking out of his hotel room to meet his fiancée while he was undergoing two weeks of mandatory quarantine.

Nigel Skea, 52, faces six months in prison for leaving his room three times on Sept. 21 last year, one of which was to meet Singaporean partner Agatha Maghesh Eyamalai, who was not in quarantine but had booked a room in the same hotel.

Eyamalai, 39, who married Skea in November, pleaded guilty to abetting him. Skea was also not wearing a mask, which is required in Singapore.

The city-state requires most arrivals to undergo 14 days of quarantine at government-designated hotels.

Skea was twice “loitering along the corridor” and went to Eyamalai’s room 13 floors higher by using a stairwell through an emergency exit door, which she had opened for him, according to the charges.

“This is a classic tale of two lovers wanting to be together and trying to be as close as possible to each other, but breaching the law,” the couple’s lawyer S.S. Dhillon told the court.

Singapore has jailed and fined others for breaking COVID-19 rules, while some foreigners have also had their work permits revoked.

It has largely brought the coronavirus under control, with less than a handful of new local cases a day, due to strict quarantining of arrivals, contact-tracing and social distancing.