Booming Interest in Boating Leads to More Deaths and Accidents 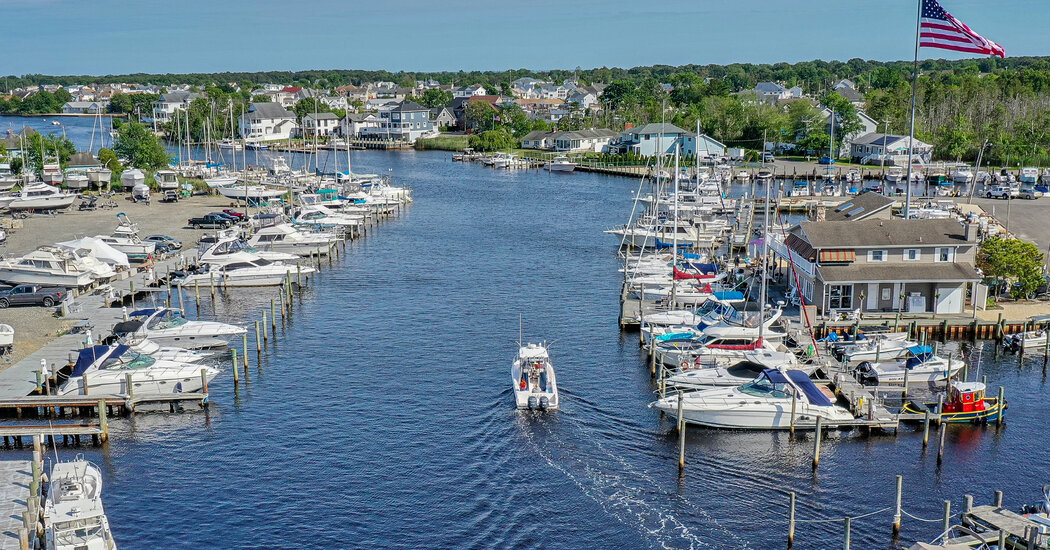 David Beek knows the waterways in Newport Beach, Calif., better than anyone. His family has owned and operated the Balboa Island Ferry, a commuter boat for both cars and people, for more than 100 years. And from his perch on the ferry’s fuel dock, he can see everything that’s happening in Newport Harbor.

For the past 15 months, he said, “we saw a lot of stupid things.” Rental kayaks floating directly into the ferry lane. Small electric boats parking in the ferry slip. Even the slow-moving ferry swerving around oblivious paddle boarders. “A lot of these people don’t have experience,” Mr. Beek said. “They’re rookies.”

Recreational boating, a pastime highly amenable to social distancing, has boomed during the pandemic. New boat sales reached a 13-year high in 2020, according to the National Marine Manufacturers Association, while purchases of wake boats specifically — the vessels used for water skiing and wakesurfing — shot up 20 percent. GetMyBoat, an online boat rental marketplace, has seen business grow 700 percent in 2021.

But as boating interest has increased, so, too, have boating accidents.

There were 767 boating fatalities in the United States in 2020, an increase of more than 25 percent from 2019, according to the U.S. Coast Guard. Total accidents increased 26 percent, and the number of nonfatal injured victims increased 25 percent. Statistics for 2021 have yet to be reported, but preliminary data from the Coast Guard show casualty numbers so far to be even higher.

In 77 percent of the fatal cases, according to the Coast Guard, the boat operator had not received any training.

“From July through August of 2020, it was the highest number of accidents for the 23 years that we have on record,” said Capt. Verne Gifford, who heads the Coast Guard’s boating safety division.

In some cases, the uptick has made heroes out of passing boaters.

Dr. Jeffrey Davis, an emergency medicine doctor in St. Louis, took a family vacation to San Diego in March, expecting to relax with his wife and three daughters. And he did relax — until the family went on a whale-watching expedition in San Diego Harbor, and their boat came across a small cruiser that had crashed into a wave. Three passengers were thrown into the water, and had been run over by their own boat after falling in. One of them had a catastrophic leg injury.

“When they lifted him up, his leg was almost completely severed at the knee,” Dr. Davis said. “It was a total disaster of an injury.”

While the whaling captain radioed harbor police, Dr. Davis jumped into the other boat, and used his own belt to make a tourniquet around the man’s leg. He kept him alive until they could be transported to shore, where an emergency management crew was waiting.

“It was a teachable moment for my daughters, about what doctors do and what bystanders are able to do,” he said. “But the trip was blown.”

In other instances, the Coast Guard has had to handle multiple crises in the same waterway at once.

Vanessa Rivers, a travel blogger and swimsuit designer based in Malibu, Calif., was sailing with two friends off the coast near Seattle in June when they spotted a broken-down powerboat. On board they found six flustered tourists; they had rented the boat, run over an unknown object and were now stalled. Even worse, a seventh person who had been inner-tubing off the back of the boat was now missing after his rope snapped.

The tourists had radioed the Coast Guard, but search-and-rescue teams were busy: A different boat nearby had called “mayday,” and was sinking.

The powerboat was stalled in the path of the Bainbridge Island Ferry, which crisscrosses between Seattle and Bainbridge Island several times a day. Ms. Rivers’s sail boat took off searching, found the inner-tuber more than a mile away and returned him to his friends before Coast Guard rescue teams could arrive.

“These people had no clue about safety, and they didn’t even know to be worried about the ferry,” Ms. Rivers said. “I think we were more scared than them.”

Rules for recreational boaters vary widely by state and age, with only one state, Alabama, requiring a boating license. Most others allow people at the helm after they complete a boating safety course either in the classroom or online. Whether you need to take the course also depends on your age — in California, only people 40 years old or younger are required to take the boating course. If required, renters usually complete a condensed version of the course to get a temporary boating education certificate.

Coast Guard officials wouldn’t disclose whether they’ve increased or relocated their search and rescue teams in response to the increase in accidents. But many other boating safety organizations said they had been stretched. BoatU.S., the largest recreational boating association in the country, said that despite adding staff, in 2020, it was all hands on deck. BoatU.S. operates a towing and dispatch service, TowBoatU.S., which saw a 20 percent increase in volume of requests for on-water assistance in 2020. Based on the number of calls so far in 2021, it forecasts that requests this year will increase a further 20 percent.

To manage the demand, the company bolstered its dispatch staff by 15 percent. Usage of BoatU.S.’s extensive library of online boating safety tools, where new boaters can get basic training, grew 70 percent. The spike in demand was so dramatic that even BoatU.S. Foundation’s president, Chris Edmonston, had to jump in and help.

“We had everybody, including me, doing phone customer service for people who were taking the course and might not be that computer savvy,” Mr. Edmonston said.

Finding staff wasn’t the only struggle. BoatU.S. added 30 towboats to its existing fleet of 600 over the past year, but with boat sales skyrocketing across the country, finding those boats — and the equipment to service them — wasn’t easy.

“Boats are difficult to come across, and our towers are having difficulty finding motors and even electronics,” said John Condon, BoatU.S.’s vice president for towing services. “Getting parts to maintain our own equipment has been a challenge.”

Calls to Sea Tow, an international on-water assistance fleet, were up 34 percent between Memorial Day and Labor Day in 2020, and the numbers have looked the same in 2021.

“Everybody was out with their families, whenever they could get on the water,” said Kristen Frohnhoefer, Sea Tow’s president, of boat activity last year. “Every day was Saturday.”

She stressed the need for education. “There is enough room on the water for everyone,” she said. “The concern of what we’re seeing is that not everyone understands the rules of the road.”

As novices call for help, some marine assistance companies have been forced to get creative.

The majority of emergency calls received in the past year by Safe/Sea, which offers marine assistance in Rhode Island, came from boaters facing dual challenges: They lacked experience on the water, and they were also operating older, secondhand equipment.

“You had kind of a perfect storm,” said Phil Le Blanc, Safe/Sea’s vice president for maritime operations. “You’ve got older boats that haven’t run in years, and you’ve got brand-new boaters, and you put them all together.”

When those older boats stalled and the new boaters called for help, Safe/Sea struggled to locate them.

“We’re talking to people now that are trying to give me directions based on the exit number of Route 95 that they’re off of,” he said. “I’m not used to having to find people with a road atlas.”

To cope, Safe/Sea distributed an old tourist poster to its staff that shows every lighthouse in Rhode Island. They instructed call dispatchers to use it as a reference point while trying to help boaters in distress describe their location. The company also started using specialty software that allows them to send a text message to stranded iPhone users, and receive a drop pin of their location in response.

“We’ve had to think a little outside the box compared to years past,” Mr. Le Blanc said.

In many waterfront cities, cooperation with police has increased, as well.

In Newport Beach earlier this month, Paul Blank, the harbormaster there, established a new protocol with the local police department to call for support if necessary. It’s the first time the harbor has coordinated with city police, and Mr. Blank said the agreement came in response to a small number of reckless boaters endangering others on the water.

Mr. Blank also added two new code enforcement officers, who patrol waterways and are authorized to issue citations and fines. Their priority, said Mr. Blank, is to ensure boaters understand the rules in the first place.

Mr. Le Blanc, of Safe/Sea, said that even a tiny bit of additional education would make a huge difference in the numbers of accidents and deaths on the water.

“Everyone in this business, whether it be first responders, police, fire, Coast Guard or environmental police on the water, really wishes that everyone got just a little bit more training before they get underway,” he said. “It’s not a big deal when they call you and they’re out of fuel and don’t know where they are. But when they’re sinking and on fire, it’s not a good thing.”