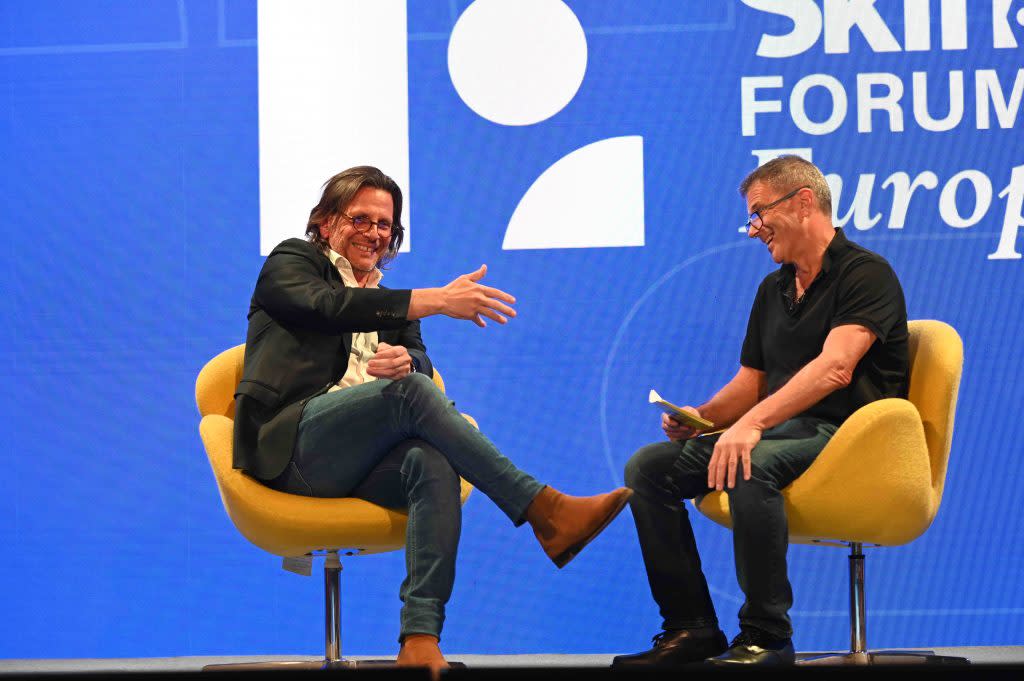 
Europe’s tourists may be collectively cautious, but they’re booking summer holidays at levels not seen since the start of the pandemic. That’s the viewpoint from Booking.com, one of Europe’s largest online travel agents, which has seen cross-border sales recover to above 2019 numbers since the start of the year.

France, UK and Germany are currently driving double digit growth in Europe, and like Expedia for Business’s Arian Gorin, who earlier spoke at the forum, the Booking.com exec was optimistic for the summer.

Help Us Be Greener

Speaking at The Londoner hotel, Olejniczak added he was in charge of his company’s coronavirus recovery plan, and saw first-hand new trends emerge.

“We had to adjust our plan, towards hyperlocal travel, more domestic. People were running away from urban centers,” he told Skift founding editor Dennis Schaal. “We had to make all these changes at the same time, testing and learning at the same time.”

As well as shepherding bookers from cities, greener travel looks to be an emerging theme in 2022 and beyond. In a recent Booking.com consumer poll, 69 percent of respondents said the travel industry should help them travel in a more sustainable way.

Olejniczak said his company was now trying to better understand the intent of its customers, and had set up a new program that aggregated 30 certifications and 32 best practices, such as waste management or electricity consumption, across its properties to create a “virtuous circle.”

However, Booking.com, which is headquartered in Amsterdam and currently has 28 million listings and 100 million monthly active users for its app, could be be caught up in a regulatory showdown. In late 2020, European Union antitrust czar Margrethe Vestager mentioned Booking.com as potentially being a Digital Markets Act target.

Booking.com has long been viewed as the largest accommodations site in the world, but rejects the label.

“Do you have power or influence over hotel commissions?” asked Schaal.

Olejniczak pointed out that there were 130 travel websites in Europe, and Booking.com covered 13 percent of hotel rooms. “We’re not against the regulation, it should address the bigger players,” he argued.

Meanwhile, Booking.com is playing its part in helping refugees fleeing Ukraine. It has built a technology platform to help refugees find a place to stay, and has been working with United Nations’ refugee committee.

“The idea was to find a quick solution to find a room. We have rooms we want to give away for free, but have to find a way to distribute them, to make sure the rooms find the right people,” he said. He did not encourage bookings to be made in Ukraine, as a way of trying to move money into locals’ hands like Airbnb, and instead urged donations to be made to the Red Cross

And suspending operations in Russia and Ukraine was having little impact on its business, as the destination, both inbound and outbound, represented low, single digit percentage of its total market.

Subscribe to Skift newsletters for essential news about the business of travel.