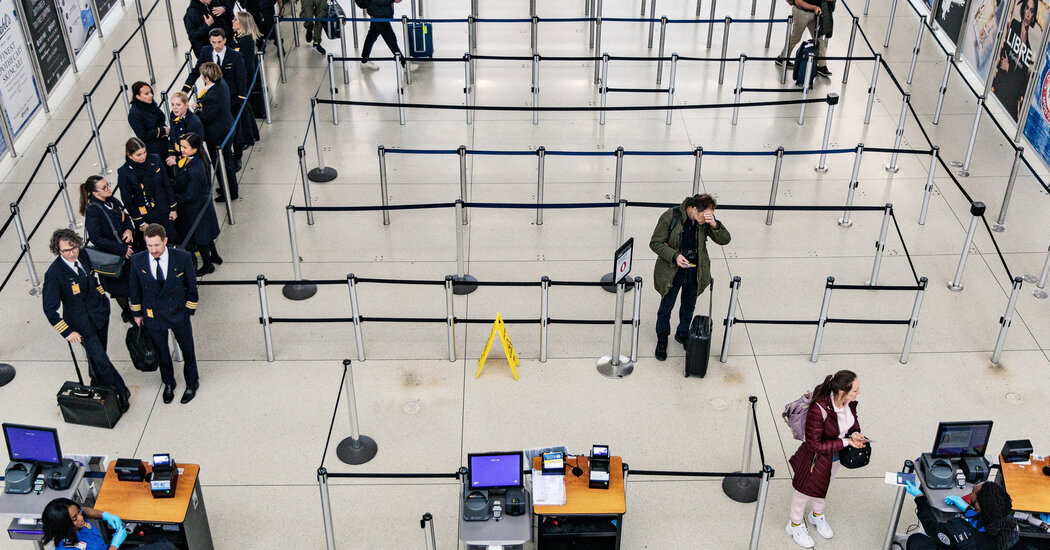 Across the United States Monday, airports expect to be filled with people reuniting with significant others, parents and friends from the 33 countries that have been prohibited from traveling directly to the United States for more than a year and half.

Luise Greve, 23, of Erlangen, Germany is among the travelers who bought the first flight that would get them to their loved one’s side as soon as the White House announced that travel would open on Nov. 8 to fully vaccinated visitors from previously banned countries. Under the new rules, fully vaccinated travelers will be allowed to enter the United States if they can show proof of vaccination and a negative coronavirus test taken 72 hours before departure. Unvaccinated Americans and children under the age of 18 are exempt from the requirement, but must take a coronavirus test within 24 hours of travel.

The pair met in early 2019 when they were randomly assigned to be part of the same castle-building “guild” in Lords Mobile, a cooperative game they play on their phones. About a week before she flew back to Germany during their March 2020 visit, the United States suspended most travel from Europe. As the pandemic dragged on, her boyfriend, who is 20, could have visited her in Germany. But his job did not offer vacation days and he could not afford to quit.

Ms. Greve, who is a university student, had been planning to use a workaround utilized by many frustrated travelers during the pandemic and enter the United States after spending two weeks in Canada. But before she could do that, the White House announced that it would be lifting the travel ban. Once officials announced the date, she secured a flight departing from Neuremberg at 6 a.m. Monday and arriving, after several layovers, in Kansas City on 8:27 p.m. that night.

On Friday, ahead of her trip, she was excited but nervous. At check-in, she will have show her proof vaccination and a negative coronavirus test result.. She was not allowing herself to get her hopes up.

The State of Vaccine Mandates in the U.S.

A growing number of employers, universities and businesses are now issuing some form of a vaccine requirement. Here’s a closer look.

“I’m just worried things will go wrong because all through the pandemic things went wrong,” she said. “Once I’m in Kansas City, I can breathe again after one and half years.”

Beatrice Fratini, 24, who lives about an hour from Venice, also expressed hesitation that her reunion with her American fiancé would actually happen Monday evening in Washington, D.C. The travel ban had traumatized her she said.

“I’m excited but I’m not going to believe it until I’m there,” she said.

These long separations can put pressure on relationships, noted Giulia Polvara who lives near Milan. Ms. Polvara, 30, is traveling to the United States next Saturday, the first day she has off work after the ban lifts. Mr. Polvara met her “special friend” as she’s calling him, in December 2020 when she was visiting her sister in New York City. They spent one intense week together.

She was supposed to visit him in early March 2020, but then the Lombardy region, one of the parts of Europe hit worse by the coronavirus, was on lockdown, meaning she couldn’t even leave her town near Lake Como to get to the airport. By the time Italy loosened its restrictions on Lombardy, the United States had banned most visitors from Europe.

“There is so much building up to this event,” she said. “I’m very happy. I’m also scared of being underwhelmed or that he will be underwhelmed.”

The man she is traveling to see could not come to Europe, because he is an Iranian living in New York City and he was waiting for the United States to issue his green card. The same week that the ban was lifted his green card was issued she said.