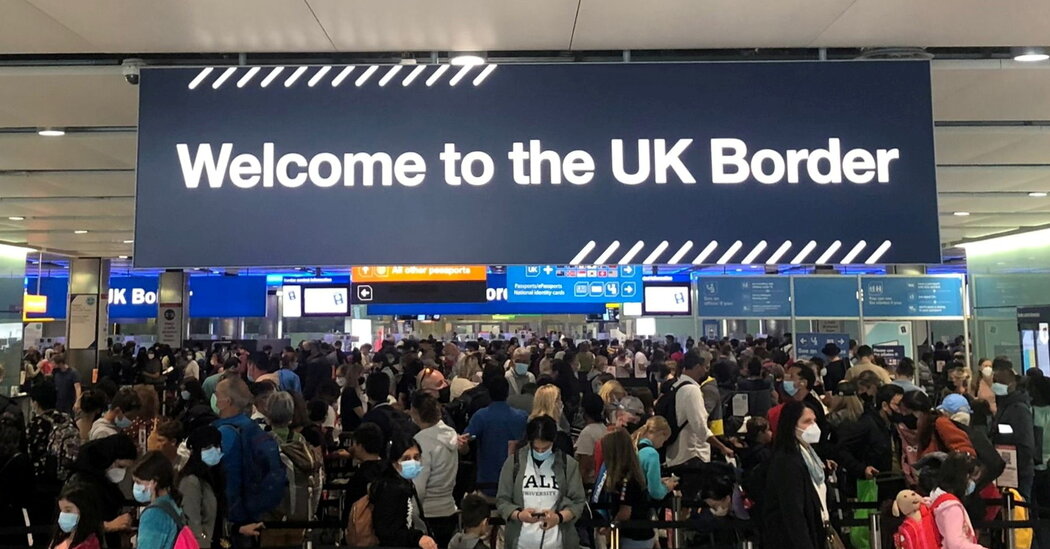 In the initial stages of vaccination rollouts in the spring, some countries offered mixed doses of vaccines because of supply shortages. In Canada, at least 3.9 million people received two different shots and are now facing travel restrictions because many countries, including the U.S., only consider people with two identical doses fully vaccinated.

“For Canadians, I think a booster shot to match one of the first vaccines doses will be the likely get-out-of-jail card,” said Ms. Mills, who is Dutch Canadian.

And where is your documentation?

Even after being permitted to enter a country, foreign visitors can face difficulties accessing establishments or services that require vaccine “passports” or certificates, like restaurants and museums, because of compatibility issues between types of verification software. On vacation in August, Jason Trenton, a 49-year-old music technician who got vaccinated in New York in April, was turned away from a restaurant in Paris because the hostess was unable to scan his Excelsior Pass, a mobile app issued by New York State.

In June, France launched its own app, called the Health Pass, which stores vaccine certificates and PCR test results and is required to access bars, restaurants, shopping centers, tourist sites and public transport. At the time of Mr. Trenton’s visit, the system was not available to U.S. citizens.

“Most places accept the C.D.C. paper vaccine card, but I didn’t want to carry it around with me because it’s so easy to lose,” Mr. Trenton said. “It’s all down to chance and you just have to hope that someone will accept your pass without scanning it. It worked in most places, but it’s stressful because you make reservations and plan your day but you don’t know if it will work out.”

In some countries like Switzerland, travelers who are not from the surrounding E.U. must apply for domestic vaccine certificates that are needed for indoor dining and cultural activities, but getting one can take up to seven days.

“It’s all very unnecessary and confusing,” said John Morris, 59, an English teacher who lives in Istanbul. He has decided not to go home until Britain recognizes the Pfizer-BioNTech vaccine he received in Turkey. “These rules are just prejudiced against developing countries. I got this very good vaccine under a very efficient health system in Turkey, and I will travel to wherever accepts it.”