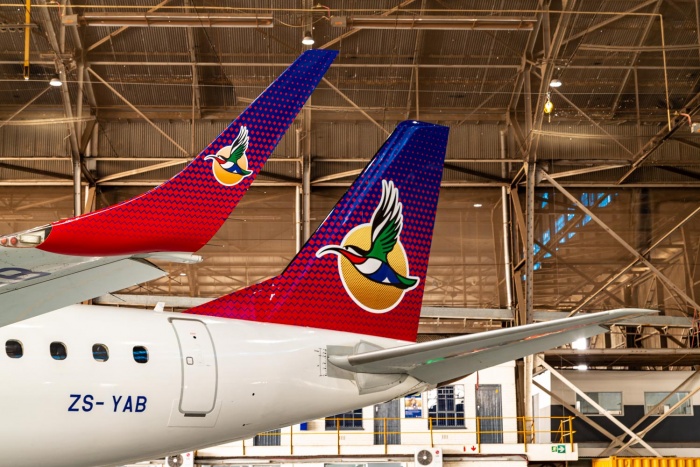 Airlink has unveiled new tailfeathers for its aircraft as it begins lift as an independent airline.

The carrier is seeking to distance itself from former franchise partner South African Airlines.

The new look, which features a distinctively colourful African Sunbird set against a sunrise and dawn sky, follows several recent developments, including the formal re-naming of the company as ‘Airlink’.

“We have flown that particular nest and we are inviting our loyal and new customers to fly with us as Airlink expands its network, connecting and re-connecting people, communities, businesses, goods and services with markets throughout Southern Africa and beyond,” explains Airlink chief executive, Rodger Foster.

The new livery will be applied to Airlink’s fleet over the coming months, with the re-painting coinciding with each aircraft’s next scheduled deep-maintenance overhaul.

The first aircraft bearing the new colours will resume service in early December, in time for the summer holiday season.

“We offer the freedom of the broadest route network and most comprehensive flight schedule in the South African domestic and southern African regional markets, along with convenient connections with our global partners’ services, which gives our customers the choice of flights and seamless connections, whether travelling for business, personal or pleasure,” said Foster.

With the phased relaxation of domestic and regional travel restrictions, Airlink has re-started services to all 15 of South Africa’s main economic and tourist centres.