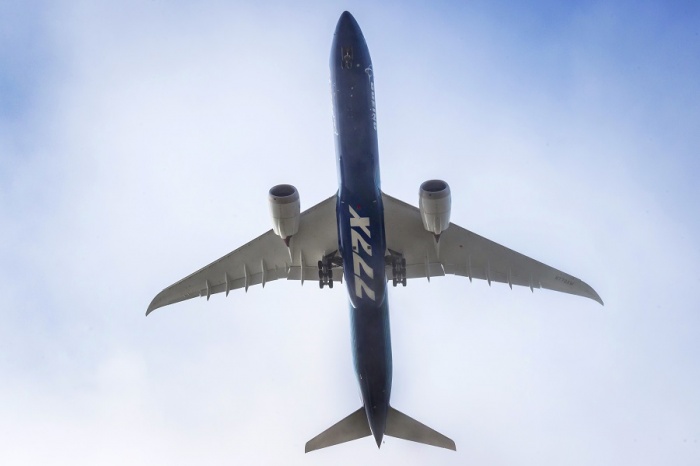 The Federal Aviation Administration (FAA) has confirmed it will be stepping up Boeing 777 inspections following an incident over the weekend.

An engine onboard United Airlines flight 328 failed on Saturday as it was flying from Denver to Honolulu, showering the suburbs of the Colorado city with debris.

The plane landed safely, and nobody aboard or on the ground was reported hurt, authorities said.

However, planes that contain the same Pratt & Whitney PW4000 engines are now being removed from service.

United Airlines, Japan Airlines and All Nippon Airways have stopped using 62 planes, while Korean Air added it will ground six.

In total, Boeing said 128 aircraft with the same engine as the Denver plane should be grounded.

“After consulting with my team of aviation safety experts about yesterday’s engine failure aboard a Boeing 777 airplane in Denver, I have directed them to issue an Emergency Airworthiness Directive that would require immediate or stepped-up inspections of Boeing 777 airplanes equipped with certain Pratt & Whitney PW4000 engines,” Steve Dickson, FAA Administrator said in a statement posted on Twitter.

“Based on the initial information, we concluded that the inspection interval should be stepped up for the hollow fan blades that are unique to this model of engine, used solely on Boeing 777 airplanes,” Dickson added.

“The FAA is working closely with other civil aviation authorities to make this information available to affected operators in their jurisdictions.”

The initial finding of the National Transportation Safety Board (NTSB) state that most of the damage occurred in the right engine, where two fan blades were fractured.

The main body of the aeroplane suffered only minor damage.

The company added: “While the NTSB investigation is ongoing, we recommended suspending operations of the 69 in-service and 59 in-storage 777s powered by Pratt & Whitney 4000-112 engines until the FAA identifies the appropriate inspection protocol.

“We are working with these regulators as they take actions while these planes are on the ground and further inspections are conducted by Pratt & Whitney.”