Airbus A340 plane lands on Antarctica for first time 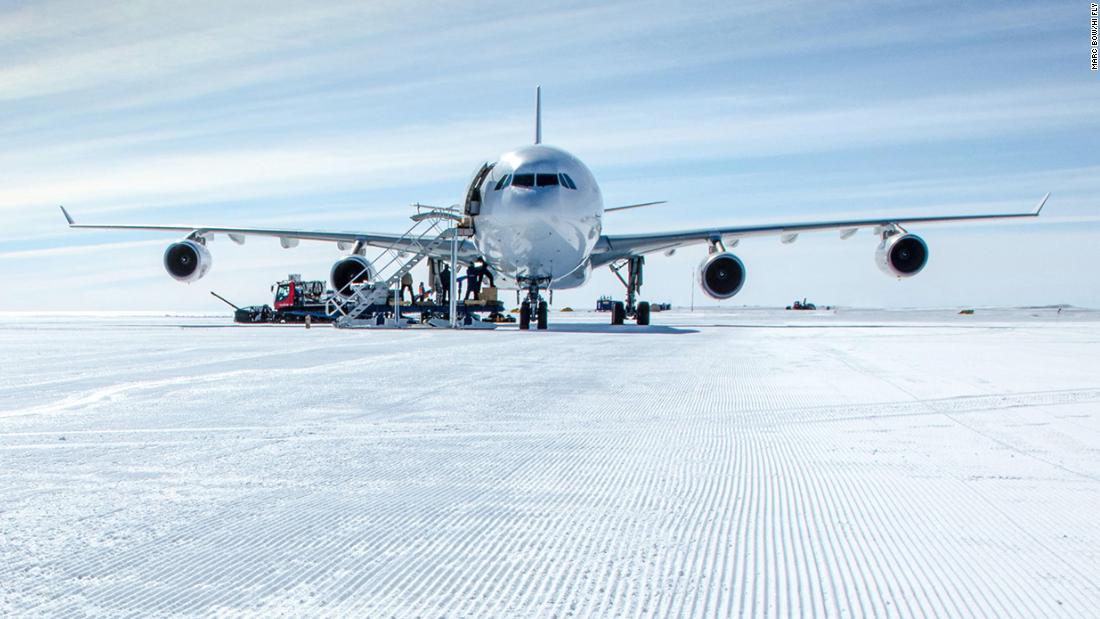 (CNN) — For the first time in history, an Airbus A340 plane has landed on Antarctica.
Hi Fly, a boutique aviation company, was behind the flight. The company specializes in wet leases, which means they hire out both aircraft and air crew and are responsible for handling insurance, maintenance and other logistics.

The plane was commissioned by Wolf’s Fang, a new upscale adventure camp on the world’s southernmost continent, and brought much-needed supplies to the resort. Wolf’s Fang is a new project from high-end Antarctica tourism company White Desert.

The crew of Hi Fly 801 (and its return trip to Cape Town, Hi Fly 802) was led by Captain Carlos Mirpuri, who is also Hi Fly’s vice president.

Altogether, the round trip flights plus the short stop in Antarctica to unload took about three hours and covered 2,500 nautical miles.

The blue-ice runway at the Wolf’s Fang property is designated a C Level airport, despite not technically being an airport. That means that only highly specialized crew can fly there due to challenging conditions.

“The cooler it is the better,” Mipuri explained in his captain’s log.

“Grooving is carved along the runway by special equipment, and after cleaning and carving we get an adequate braking coefficient; the runway being 3,000 meters long, landing and stopping an A340 that heavy on that airfield wouldn’t be a problem.”

Although the blue ice is gorgeous, it can also be concerning for pilots because of its glare.

Mipuri added: “The reflection is tremendous, and proper eyewear helps you adjust your eyes between the outside view and the instrumentation. The non-flying pilot has an important role in making the usual plus extra callouts, especially in the late stages of the approach.”

The first recorded flight to Antarctica was a Lockheed Vega 1 monoplane in 1928, piloted by George Hubert Wilkins, an Australian military pilot and explorer. He took off from Deception Island in the South Shetland Islands. The project was funded by William Randolph Hearst, the wealthy American publishing tycoon.

Short exploratory flights like these were how scientists and mapmakers got vital information about Antarctica’s topography.

To this day, there is no airport on the White Continent, but there are 50 landing strips and runways.

Australia and South Africa are just two of the global powers with interests in Antarctica.

As aviation website Simple Flying notes, the Russian Antarctic research station organized a half-dozen trial flights to their 3,000-foot blue ice runway between 2019 and 2020. Those were carried out by wide-body aircrafts as well.

Since the vast majority of people get to the White Continent via ship, seeing the A340 landing on an ice runway is certainly dramatic — and means there will likely be more such landings in the future.