A Year Later, Restaurants and Tourism Destinations Adapt to Covid 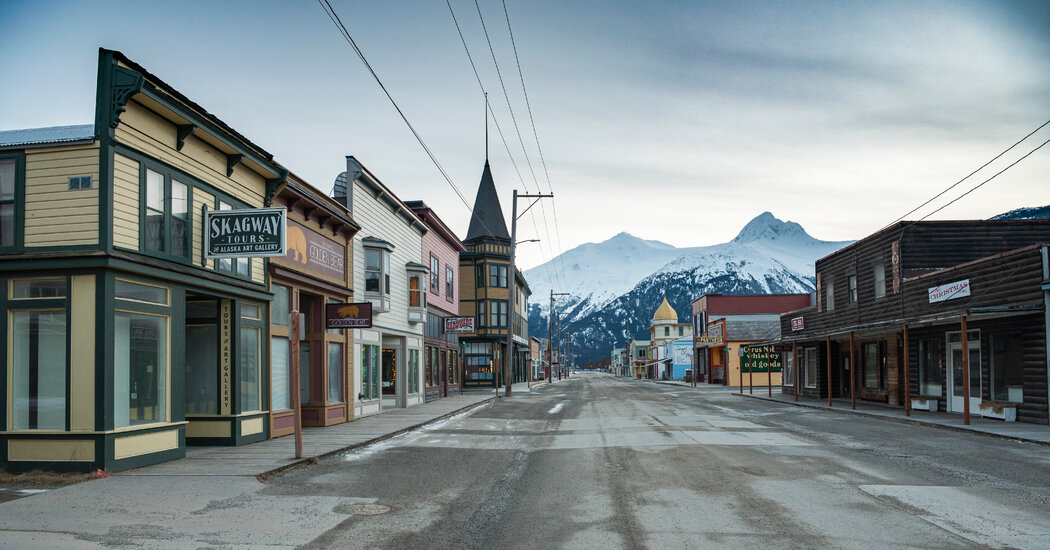 Mr. Hung, 51, had been a deep-sea fisherman for many years on bigger boats. But he gave that up in 2019 to help his daughter run the beachside restaurant they opened in 2017 in Hoi An, a historic former port, to ride the city’s surge in international tourism driven by Western adventurers and Asian package tours.

The tourists and most of his family’s income vanished when the coronavirus struck in early 2020, and in an especially cruel blow, a monsoon dragged their Yang Yang restaurant, perched on a dune, into the sea in November.

Now, like many others in Hoi An who had quit fishing to work in tourism as waiters, security guards or speedboat drivers, or open their own businesses catering to travelers, he has reverted to what he knows best, riding the waves to make a living.

Mr. Hung, a short man with a slight paunch and a bad back, supports six relatives who live with him in just a few rooms under a clay-tile roof with wooden shutters. They are barely getting by.

Since September, violent storms and, more recently, strong winds and rough seas, kept Hung off the water, fearful that his hot-tub sized boat would capsize.

Looking at the waves in late February, with half of his restaurant’s brick bathroom still on the littered beach below, he told himself: The day after tomorrow it will be safe.

So at sunrise on a recent Tuesday, Mr. Hung stood in his boat paddling up-and-over fizzy 3-foot surf. About 400 yards from shore on undulating aquamarine water, he started unfurling clear fishing net. Trailing from the boat as he paddled, the net created a 6-foot deep screen eventually stretching more than 500 yards and ready to snare schools of fish.

Mr. Hung grew up in Hoi An, which for centuries has been a fishing community wedged between the turquoise sea and emerald rice fields. Its atmospheric ancient town is lined with long wooden Chinese shop houses and mustard-colored French colonials.

Over the last 15 years, Vietnamese developers and international hotels have invested billions of dollars in building waterfront resorts, while locals and outsiders have opened hundreds of small hotels, restaurants and shops in and around the city’s historic core. International tourists flocked to the city, crowding the beaches by day and packing the old town at night. The pandemic hit extra hard because Hoi An had become overly reliant on foreigners. In 2019, 4 million of its 5.35 million visitors were from abroad.

As hotels sprung up around Mr. Hung’s home on Tan Thanh Beach, near the old town, the family borrowed from relatives in 2017 to buy a few dozen sun beds and thatch umbrellas and erected an open-air restaurant on the dune behind the house.

His daughter, Hong Van, 23, prepared seafood dishes like shrimp and squid spring rolls. His two sons helped cook and wait tables and he washed dishes. Mr. Hung quit the deep sea fishing crew altogether in the summer of 2019, convinced that tourism was their ticket to a better life.

“I was happier,” Mr. Hung, a widower, said through an interpreter. “Working at home is relaxing mentally, comfortable in the daily routine with my family.”

He was pulling in five times the 3 million dong, or about $130, a month he made on the sea.

But the restaurant’s tables emptied as coronavirus crippled Southeast Asia, and Vietnam imposed a nationwide lockdown for most of April.

Then Vietnam suffered its second Covid-19 outbreak in July, 40 minutes north in Danang, just as locals were feeling hopeful about a nascent domestic tourism recovery. That shut everything down again for weeks in Hoi An.

With his savings nearly depleted. Mr. Hung knew that he had to return to the sea. By August, he mastered propelling his round boat through the waves with a single paddle. His daughter sold his extra catch on her Facebook page. But the sea became too risky as the rainy season of 2020 pushed into 2021.

On his boat fishing on a calmer sea, Mr. Hung put on a plastic smock and gloves and started drawing in the net, spooling it into a pile. He picked out an occasional baby jellyfish, clear like a round ice cube, and after 20 minutes the mesh skirt yielded a 5-inch silver fish and a tiny crab, and then 15 minutes later another small fish.

Because the sea was stingy, Mr. Hung paddled back. They’d save a few pennies by grilling the fish, he told himself, instead of frying them and wasting oil. He dreams of abundant catches.

“We hope,” Hung said, “but I never know what happens under the water.”