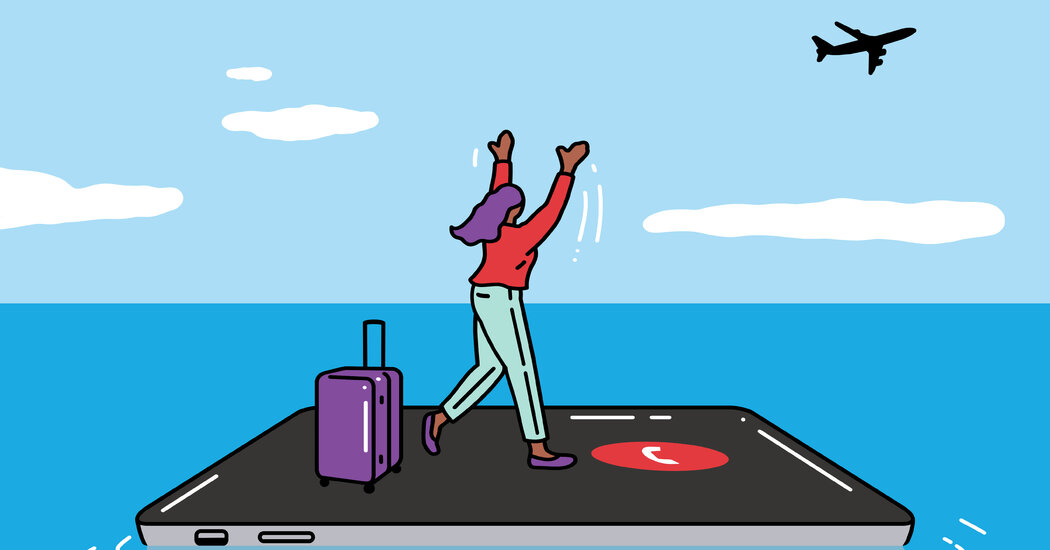 “When you cannot plan things on your day off, it can break your morale,” said Edison Fraser, the transportation coordinator for the International Association of Machinists and Aerospace Workers, a union that represents reservation agents for Southwest Airlines.

Emirates, which employs 1,900 people to handle calls, says that the median wait time to get an agent on the phone is just over six minutes. The company, which is one of the world’s largest airlines, pulls this off by giving agents goals involving a specific number of seconds for handling various types of calls, emails shared with The New York Times show.

Keeping a call to around 500 seconds, or 8.5 minutes, became far more stressful during the pandemic, said a former Emirates reservation agent, who asked not to be identified by name because her contract prohibits her from talking about her employer. Passengers expected her to answer questions like: Would there be someone from a particular country with a high infection rate seated within five rows of me? When she couldn’t answer, they often yelled.

She rarely made her metrics goals, which were tied to bonuses, and so she quit.

“We’re not machines,” she said. (An Emirates representative said that these time goals are “benchmark values” used “primarily for forecasting purposes, in order to ensure that we are sufficiently resourced to handle the requests from our customers.”)

So why not hire more people?

That’s the plan, according to numerous airlines. But passengers are not likely to see this plan translate into lower wait times any time soon, several industry analysts said. They offered several theories as to why not.

Theory one is that hiring quickly is impossible because airlines, like restaurants and retailers, are grappling with a labor shortage. In support of this theory, Dan Landson, a spokesman for Southwest, said that the company has never had a harder time filling jobs. The company is trying to hire 1,000 customer representatives, he said, but instead of 80 applicants per opening, a prepandemic standard, the company is getting between 10 and 15 applicants.

American, which recently hired thousands of reservation agents, bringing its total to 4,400 in the United States, with plans to hire more still, said that it’s also struggling to fill jobs.